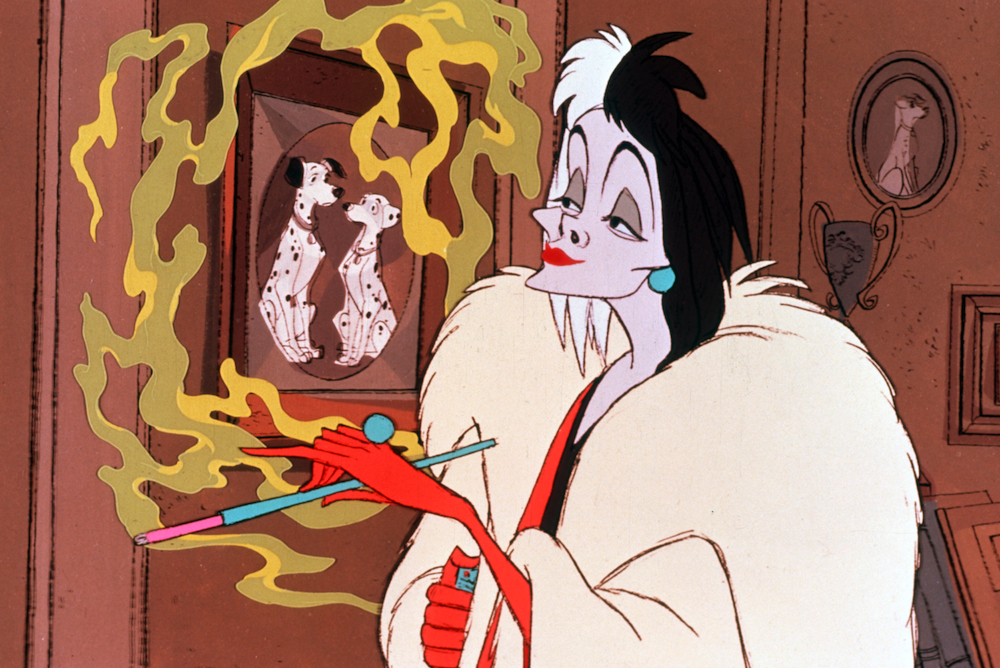 Disney has decided to once again shed some light on the more sympathetic side of one of their most infamous villains; this time, it's Cruella De Vil. In case you don’t remember her dastardly deeds, allow me to enlighten you: in the classic 101 Dalmations, Cruella is a wealthy psychopath who wants to turn adorable dalmatian pups into a fierce fur coat. After that atrocious act (spoiler: she doesn’t succeed and the puppies run free), Disney decided to reveal her side of the story in her very own film. Cruella will delve into how Cruella became so cruel as well as focus on her backstory, in the vein of Maleficent.

Beyond the fact that it will be live-action, not a lot of information has been released about the film as of yet, except that it has a rather unusual writer. Kelly Marcel, who penned the adaptation for Fifty Shades of Grey and Saving Mr. Banks, will be writing the script alongside Steve Zissis. Although Marcel seems like a rather unusual choice, she has written about complex folks with rather bleak upbringings -- Saving Mr. Banks focuses on the author of Mary Poppins (P.L. Travers) and her alcoholic father, while Christian Grey faces a difficult relationship with his mother in Fifty Shades of Grey. I’m sure that this film will also delve into Cruella’s childhood, which, unlike her dog-skin coats, is bound to not be warm and fuzzy. Will she have come from an epic fashion dynasty? Was she bullied as a child because of her clothes? How did she get that cray-cray two-tone hairdo? Whatever the story is, I’m sure that Marcel will do a fine job of writing it.

Disney appears to be quite fascinated with looking into the backstories of their notorious villains, and audiences are equally as intrigued. Maleficent, which starred Angelina Jolie, brought in $758 million and was generally favored by critics. On ABC’s “Once Upon a Time”, we have learned why the Evil Queen (Lana Parrilla) became so darn evil (and she’s even redeemed herself!), that Peter Pan is actually a villain who severely traumatized his son, Rumpelstiltskin (Robert Carlyle), and that the Wicked Witch of the West (who happens to be the Evil Queen’s sister!) just wanted a proper family. Their origin stories have all been quite tragic but interesting. Since we all live in such a complex world these days, it’s a little hard to believe and relate to characters who are so black and white. Grey characters are always far more fascinating to watch and study -- can you really call someone a monster once you see what they’ve been through? The trend of antiheroes has been popular for quite some time now, so it’s not surprising that Disney has decided to capitalize on this re-work a few of their own.

Are you excited to learn the backstory of Cruella de Vil?