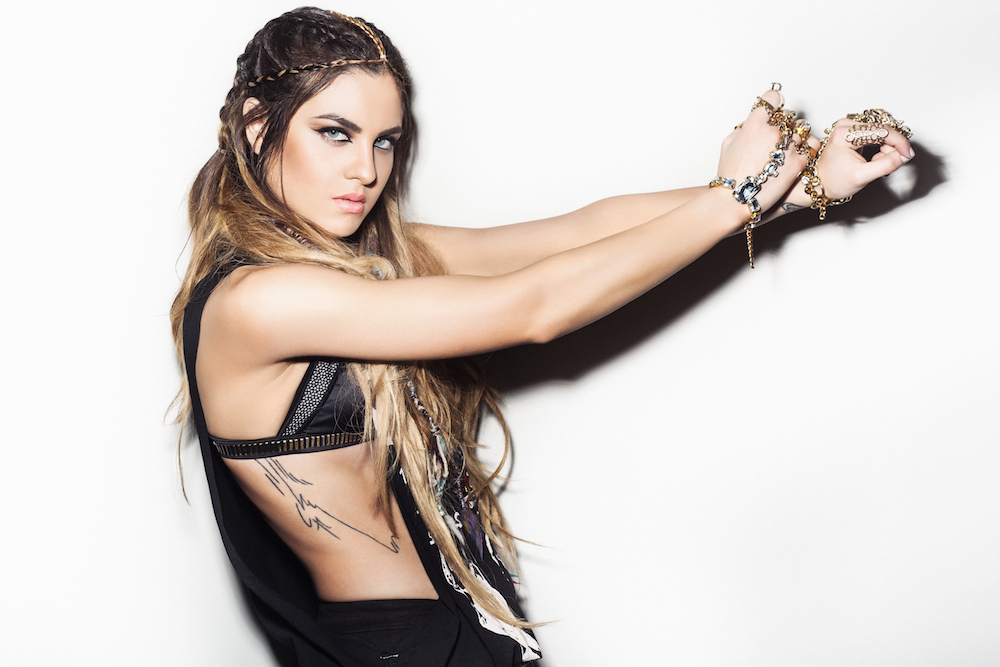 Female DJs aren't easy to come by, so Xenia Ghali definitely does her share of standing out already. Notorious for looking like a complete Grecian goddess, she definitely knows how to put her own spin on the turntable.

Xenia is, in fact, a native of Greece, and she says that there’s a huge following for dance/electronic music over there, so it’s easy to be inspired by the Mediterranean melodies. She got her start when she was younger by playing various instruments, like the flute and piano, and creating her own tunes. She later took a stab at the guitar and drums by the age of 16. Always mesmerized by the DJs around her, she bought herself turntables in college and started spinning in the comfort of her dorm room. Xenia got her Master’s Degree in Music Production from NYU and continued to clean up her DJ style. She started playing in Europe and was eventually playing the hottest nightclubs around the world, refining her DJ skills and infusing a European vibe with the American style. Inspired by her favorite hip-hop act, Run-DMC, Xenia also enjoys listening to artists who aren’t afraid to go outside the box with their music (think: Beyoncé,Macklemore, and Kanye West).

She signed toPitbull’s Mr. 305 Records in 2014 and released her powerful debut anthem, “Broken” feat. Katt Rockell. In Summer 2015, Xenia teamed up withWycleaf Jean for “Get Dirty”, a track filled with infectious, pulsating beats alongside Wyclef’s aignature vocals. The music video features Xenia in a gorgeous accessory-laden ensemble, and you can’t help but be entranced by her DJ'ing skills.

Her newest single, “Black Betty’s Worldwide” feat. Heymous Molly, premiered at the Zumba Fitness-Concert, ZINCON, on August 14 in front of 7,000 Zumba instructors who all went wild when the beat dropped!

Currently, Xenia Ghali is gearing up to release new singles and play a few shows in both the U.S. and overseas. Make sure you keep up with her on her Facebook, Twitter,Instagram, and Official Website for all the latest updates!