Confessions of a 'Guardians of the Galaxy' Convert 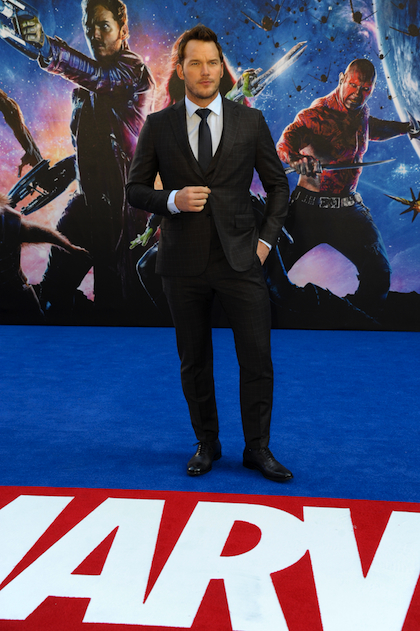 Have you seen Guardians of the Galaxy yet? I didn’t have any plans on seeing it myself, but I got dragged into the theaters to watch it. If you were like me, one look at the trailer and you were probably saying to yourself, “Another superhero movie?” and “Look at those heroes -- a raccoon and a tree -- Hollywood must be losing it.” You also probably thought, “Another space-themed film? I didn’t like Star Trek or Star Wars, and worst of all, I’m not a huge fan of the Guardians of the Galaxy comics.”

That’s all okay, because when you leave the theater, you will be more excited than the person who invited you. Guardians of the Galaxy will do that to you.

First off, the heroes in this film rock. They are all completely different from each other, which gives each character loads of exceptionality. It’s not hard to fall in love with characters like Groot (Vin Diesel) and Rocket (Bradley Copper) or Drax (Dave Bastista) with their unique personalities. And let’s not forget the main characters, Star Lord (Peter Quill) and Gamora (Zoe Saldana), who tie the story together. Also, the difference of species in the heroes keeps the hilarity factor in this film very high.

Maybe the space theme is stopping you from seeing Guardians. Don’t worry your pretty little self and get a headache because of it. This is not Star Wars or Star Trek. There are no crazy terms you must remember, so it’s easy on everyone. Even for those of you who dislike fantasy/sci-fi stuff with a huge passion, you won’t even notice that the world isn’t Earth in the movie… okay, maybe a little.

Nor does it matter if you’re not already a grappling fan of Guardians of the Galaxy. You didn’t have to read the comics or wait since you were ten for Marvel to finally make this movie. Nah, none of that stuff matters, because after the credits role, I wouldn’t be surprised if you run to a nearby Target or local shopping center and pick up all the action figures. Or heck, maybe you did read the comics and never fell in love with them -- well, the film does the comics more than justice.

Honestly, what are you waiting for? Guardians of the Galaxy is still playing in theaters. If the problem is you just don’t have the money, that's no excuse either -- READ THIS to find out why!

You can also check out our chats with stars Platt, Bautista, Lee Pace, and Karen Gillan, below!