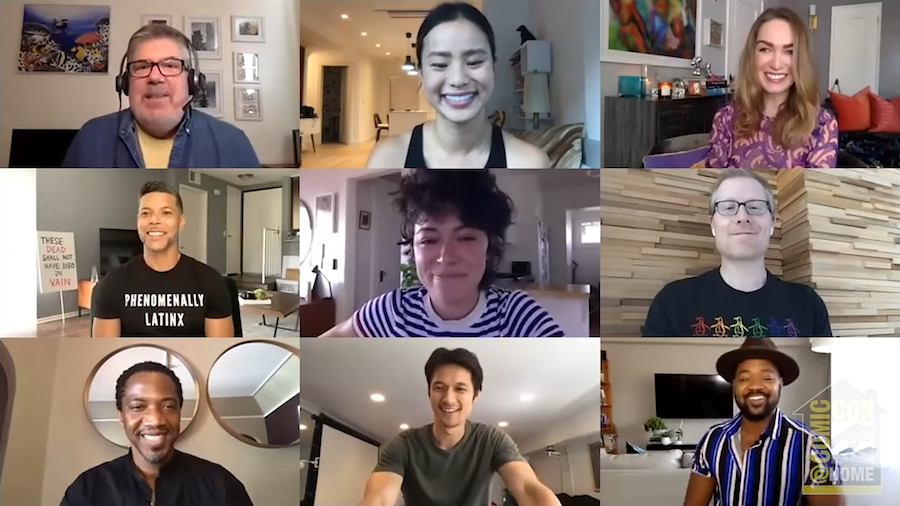 I’ve always wanted to attend Comic-Con but never had the opportunity until this year! Due to COVID-19 restrictions, the 5-day San Diego Comic-Con was moved online and made free for anyone to attend.

While attendees weren’t able to walk around and show off their amazing cosplays the way they could in previous years, moving the convention online and for free gave fans of the convention the opportunity to attend any panel they wanted. And, to make it even better, fans didn’t have to choose between multiple panels that were presented at the same time, as all of the panels are on Comic-Con International’s YouTube channel, so you can’t miss out!

One of my favorite parts of participating in this year’s Comic-Con was seeing the diversity. Not only was there a diverse lineup of panelists, but there were multiple panels dedicated to discussing marginalized and underrepresented groups.

One panel in particular that stuck out to me was “The Most Dangerous Women at Comic-Con: Building a Better Heroine”. This all-female panel was dedicated to discussing female representation in the comics scene, both in literature and on the screen.

One important point that the panel made was that, while we are seeing an increase in female leads, these characters seem to be “flat” and not as well developed as male characters. Some exceptions that the panel felt should be used as models when writing include the women from Black Panther and Birds of Prey.Moana was also mentioned as one of the best representations of women in film. The Disney animated film proves that a romantic storyline isn’t necessary for a female character. Moana also does not rely on her sidekick to help her through the film, showing that women can be self-reliant.

The panelists also discussed the need for well-developed women of colorin film and literature. When only one woman of color is present, all of her flaws become representative of the entire community. When there are more WOC characters with complex personalities and backgrounds, they aren’t as easily used to define an entire community.

Another panel that stuck out to me was the “Diversity in Gaming”, which was split into two parts. The panelists came from various backgrounds and created very different games. Not all of the panelists were game creators by trade, showing that, no matter what your profession, you can still follow your passions in a productive way. One panelist is a teacher and designs games in his free time.

A point thatNashra Balagamwala from Pakistan made was the importance of games in culture. She mentioned how she learned about American culture through watching the TV show “Friends” and playing Cards Against Humanity. Her gameArranged brings arranged marriage, a common practice in her culture, into the gaming community, introducing the world to her culture.

One last panel I want to specifically highlight is “LGBTQ Characters on Television - What’s Next?”. The panel, which was made up of actors who are LGBTQ and have played LGBTQ characters, discussed the importance of having that representation on TV, both for the actors and the audience.

Transgender actor Brian Michael Smith talked about his role as a transgender man in “9-1-1: Lone Star” and how, even though there were no transgender writers on the show, they listened to him and “let him take the lead.” The panelists all bring up the importance of having individuals with the lived experiences of the characters present, not just on screen but in the writing room as well.

Other female-focused, LGBTQ and POC-focused panels to check out:

Dubbing American Into Latin American: A Chat with Dub Actors

How to Build a Girl Squad

Wonder Women: Superstars of the Paranormal

Entertainment is Female: a Conversation with Hollywood Executives

Comics about Motherhood and Reproductive Choice

Women on the Dark Side