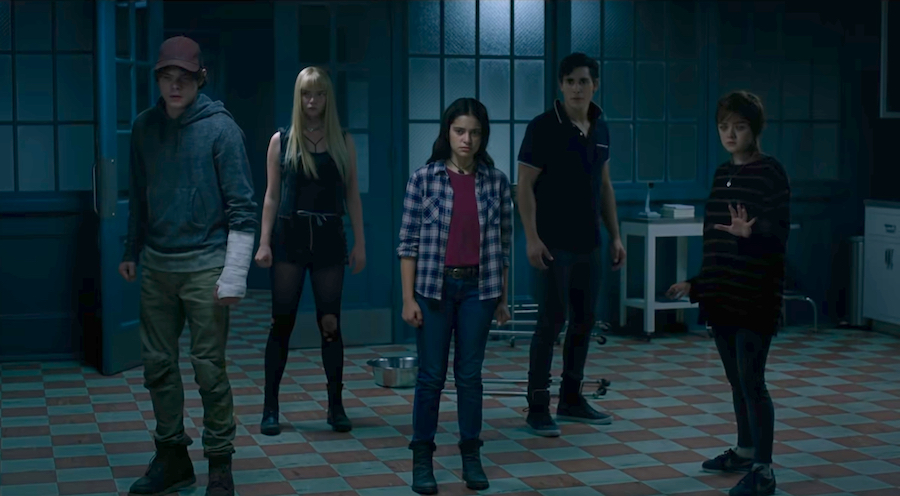 The X-Men mutants are back and more frightening than ever. The latest film in the X-Men franchise, The New Mutants, is not just your run-of-the-mill superhero movie. In fact, it’s been labeled a horror film because of how terrifying these The New Mutants are. And they’ve got some of the biggest stars to portray them. We’re talking alumni from some of the biggest TV shows of our generation -- "Game of Thrones", "Stranger Things", "Peaky Blinders", "Teen Wolf", to name a few.

More specifically, The New Mutants stars Maisie Williams, Anya Taylor-Joy, Charlie Heaton, and Henry Zaga. And this past weekend, the stars got together on a livestream for San Diego [email protected] to talk about their new movie. In the panel, which also featured the director Josh Boone and co-stars Alice Braga and Blu Hunt, the cast & crew discussed their experiences working on such a genre-defying film that expanded their acting careers to new territories.

To top things off, they revealed the opening scene of the movie, and boy was it intense. Just see for yourself!

Sadly, this may be the most we see of the movie for a while. The film was intended for a theatrical release, and they’re holding to that. Of course, with COVID-19 keeping theaters closed for the foreseeable future, it’s really uncertain when we’ll be able to see this movie. The original release date was way back in April of 2018 but was delayed due to reshoots and Disney's acquisition of 20th Century Fox. Then the release date was set for August 28 of this year, and they’re still hanging onto the hope of theatres opening before then. So please, for the sake of getting these theaters opened so that this movie finally sees the light of day, keep wearing your mask and keep social distancing!