Comedian Maria Bamford Getting Her Own Series on Netflix! 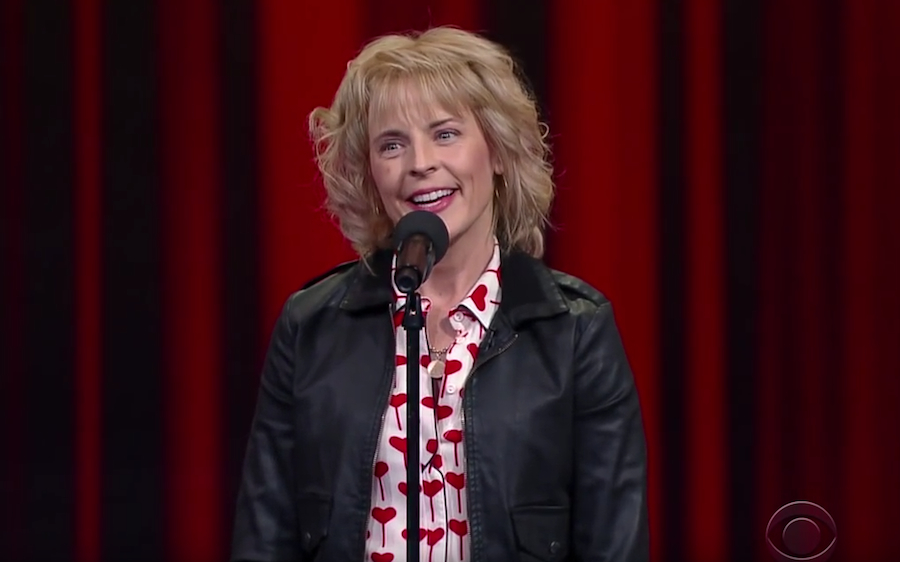 You might be a fan of her comedy, and you’ve certainly heard her voice in various cartoon shows like “BoJack Horseman” and “Adventure Time”, and now comedian Maria Bamford has been given her own on Netflix series premiering on May 20. The show is entitled “Lady Dynamite” (a title that, as of now, really just reflects on the comedienne’s personality) and is created by “Arrested Development” creator Mitch Hurwitz, so right off the bat, sounds like a great combo, But just what is the show about?

“Lady Dynamite” is said to be centered around the life of Bamford herself. A synopsis on IMDB says it is a “series based on what Maria has accepted to be her life. The occasionally surreal episodes, refracted across multiple periods of the actor/comedian's life, tell the story of a woman who loses - and then finds - herself.” Well, what the heck does that mean? Any fan of Bamford’s knows that a lot of her comedy stems from topics like family, love, idiot friends, and the mental illness/depression she suffers from, all of which she likes to convey to the audience through different voices and surreality. Need an example? Check this out a recent spot she did on “The Late Show with Stephen Colbert” below:

This still may not answer the burning question as to what “Lady Dynamite” will be about, though. Darn. What makes it so diddly darn tough is that, outside of voice acting, Bamford hasn’t had a terrible amount of live-action acting experience, and certainly not in a leading lady role. I mean, it seems insane in hindsight that Netflix would even consider making a show with a comic whose last special was made in her apartment with only her parents being the audience. (It’s called The Special Special Special… check it out on Netflix! It’s great!)

Seriously, one of her biggest credits is from Stuart Little 2 in 2002 where she played the thrilling role of “Teacher”. How is this amazingly talented, seasoned female comic given her own TV show? Well, she is amazingly talented and she did have her own TV show… sort of. Back in 2006, Bamford had a nervous breakdown on stage when one of her shows wasn’t going so well. It forced her to move back home with her parents to recuperate. It’s not clear if she made this show during that time or after, but the show is directly inspired by that time. It was a webseries called “The Maria Bamford Show” and starred Bamford as all the characters (except for the role of her dog, Blossom), which she seemingly shoots entirely in her bedroom by herself. Watch the pain of mental anguish in an almost pre-social media Internet:

It’s still not entirely clear how “Lady Dynamite” will look and probably won’t be until a trailer comes out. Even then, it might not be until it hits Netflix on May 20 that we will fully understand the show. Even after we watch it that Friday, it still may not make total sense, but it’s certainly going to be funny!