Can Diablo Cody's 'Paradise' Be an Oscar Contender? 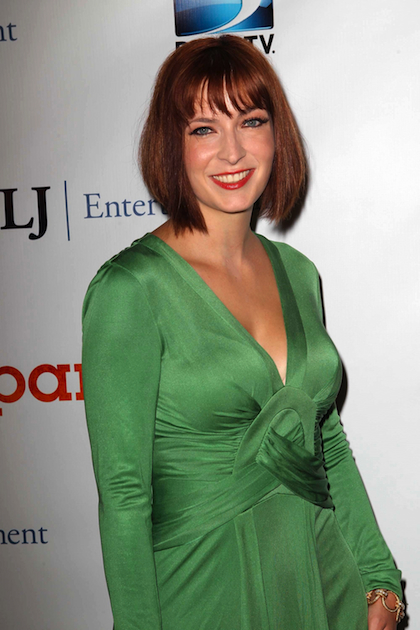 The Queen of the Quirky Hipster Dramedy is back with what may be her first real Oscar contender in 5 years!

Back in 2008, Diablo Cody won an Academy Award for her very first produced screenplay, Juno, and from that moment on, she was tapped to be the next Lena Dunham (or, the pre-Lena Dunham I suppose). She scored another modest hit in 2011 with Young Adult, but she hasn’t quite recaptured the magic of Juno. However, her next project, Paradise – which also happens to be her directorial debut – could very well be her ticket back into Oscar’s good graces.

The film stars Julianne Hough as a pure-as-the-white-snow Christian girl who suffers a horrific accident in which she is burned over 2/3 of her body. This wakes her out of her self-induced repression and she decides to hightail it to Las Vegas (naturally) and, for the first time, really LIVE! She is helped along the way by a bartender (Russell Brand) and a showgirl (Octavia Spencer) as she finally indulges in as much sin as she can handle… but, you know, not TOO much! Yes, she cuts her hair, but only a couple inches… She gets a tramp stamp, but only a little black dot. Hey, it’s a start! Baby steps, people. The point is, it’s her MIND that is growing, it’s her perceptions that are getting trimmed and tattooed. It’s a story of self-realization told in a realistic and relatable way… We’d expect nothing less from Diablo Cody.

Now, back in January, I proposed that Julianne Hough should be cast in a biopic about screen legend Ginger Rogers. I pointed out that it wasn’t just because they look (and even sound) almost identical, but their career paths are also strikingly similar. I also pointed out that Ginger eventually won an Oscar, and that that was something not entirely out of Julianne’s reach as well… Could Paradise be the one? Or, at least, could this be the role that establishes Julianne as a true dramatic force to be reckoned with? I am anxious to see!

Check out the trailer for Paradise below, and check it out in theatres when it opens October 18!