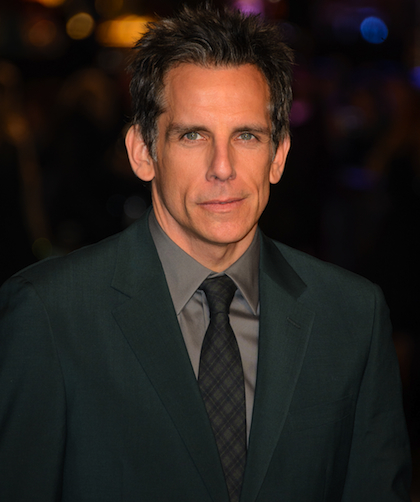 Before Ben Stiller directed Reality Bites, before he was Zoolander, before he took us on into The Secret Life of Walter Mitty, and before he was patrolling multiple Nights in a Museum, Stiller was a musician. Specifically, he was a drummer, which makes sense considering he seems to like to make noise a lot. Bet nobody ever heard of that, right? That’s because, just like your hometown’s star quarterback, Stiller’s musical career peaked in high school. It went so far that, in 1982, his band Capital Punishment released their first and only album Roadkill... and now it is going to be re-released.

This sounds pretty weird, right? Well, things are going to get even whackier when I tell you that the music Stiller played labels him as a hardcore punk rocker. That’s right, Derek Zoolander was once a hardcore punk rocker. It's even more interesting that it’s taken over thirty years for this to resurface. With the way the Internet is today, where old tweets are enough to get you into hot water, it is completely shocking that it took this long. So why did it take this long for Roadkill to resurface?

The answer to that question is that there is no answer to it. The closest we’ve got is what Stiller recently said in an interview with Howard Stern: “What happened was, some outsider music label, which I didn’t know those existed, but people who are just into weird music, I guess it’s been found and they asked us if they could re-release it.” The company is indeed small. They’re called Captured Tracks, and re-release Roadkill is exactly what they are going to do to put themselves on the map.

Unfortunately, Stiller’s band mates didn’t go anywhere further in the public eye. I wish I could tell you he was in a band with Jack Black or somebody completely random like Sofia Vergara, but it’s just not true. As for the music, take a listen and see what you think of it for yourself. To me, it sounds like Stiller and company were really into Brian Eno and The Cure when they were younger (and maybe still are today). So when I hear this track, I like to imagine that Stiller is playing drums with tears ruining his mascara, pale white make-up caking his face, and wearing a collar with spikes in it: