Believe It Or Not, "The Greatest American Hero" is Coming to the Big Screen! 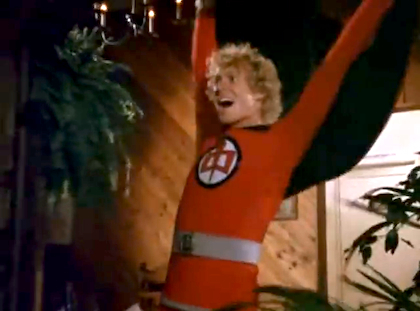 When Phil Lord and Chris Miller first pitched a remake of the delightfully cheesy '80s TV show “21 Jump Street”, everyone thought it would be terrible. It seemed completely implausible that a film based on a nonsensical show from the '80s starring a skinny Jonah Hill and a funny Channing Tatum would be any good at all, let alone hilarious. But thanks to Lord and Miller’s quick-witted script and pointed direction, the film was surprisingly great -- it was such a hit that it even spawned a sequel, 22 Jump Street.

It’s no surprise, then, that Lord and Miller have become the new dynamic duo of Hollywood. They took an insane show and turned it into a bonafide hit. Fox has clearly noticed their talent, as they were recently hired to reboot another late, great '80s show, “The Greatest American Hero.” If the '80s were before your time, then you have probably never heard of the show, let alone seen it. The series followed a public school teacher who, after receiving a superhero suit from some friendly aliens, decides to don said suit, which bestows him with powers, and go fight crime. The idea is completely goofy, but so is the premise for 21 Jump Street, so if anyone can make this one work, it’s these guys.

Although many might not remember anything about “The Greatest American Hero”, its catchy theme song has somehow managed to outlive the show itself. The credits are pretty rad:

Now that song will be stuck in your head all day. You're welcome!

Are you excited for a “Greatest American Hero” remake? Do you think they'll use the same song??