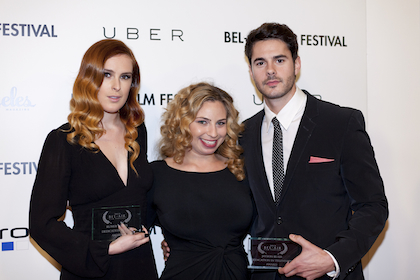 The sixth annual Bel-Air film festival recently ran from October 7-13 with events and screenings at UCLA's James Bridges Theater, the William Morris Endeavor Screening Room, USC's Ray Stark Family Theater, and the Hammer Museum. Thousands of attendees came out to watch the 48 different films that were screened, ranging from shorts and documentaries to feature-length films.

I attended the opening night gala on October 10 at the Hammer Museum, where a number of honorees received awards. Rumer Willis received the Dedication in Film Award while Jayson Blair was given the Dedication in Television Award. Both actors starred in the short “In Sickness and in Health”, which premiered at the BAFF. Erika Fraade, whose film Producer Sam was screened at the Hammer Gala, won the award for Visionary Screenwriter and Producer.

Other attendees included: Victoria Summer (who will appear in the upcoming Saving Mr. Banks); Nicholas Tolkien, great-grandson of J.R.R. Tolkien, who premiered his film, Terezin; the stars of Producer Sam, Michael Devorzon, Jessica Duffy, and Liz Iacuzzi; Kahlil Bell, former NFL Running Back for the Chicago Bears; and our very own Katie Marzullo, whose short film “Phoenix Song” was screened at the festival on October 12.

Melody Storm founded the festival in 2008 when she was only 22. Screenings were originally held in private homes in Bel-Air before expanding to the larger scale festival that it is today. She is currently the President of the Bel-Air Film Festival and Arts Foundation, which provides film school scholarships. She served as the film’s primary organizer, while Christina Collard served as the festival’s host. 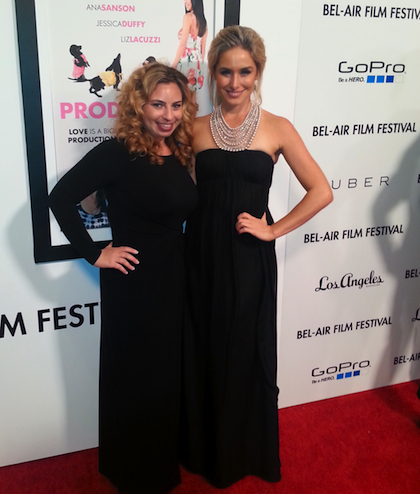 Congrats to Melody, Christina, and all of this year's screened filmmakers!