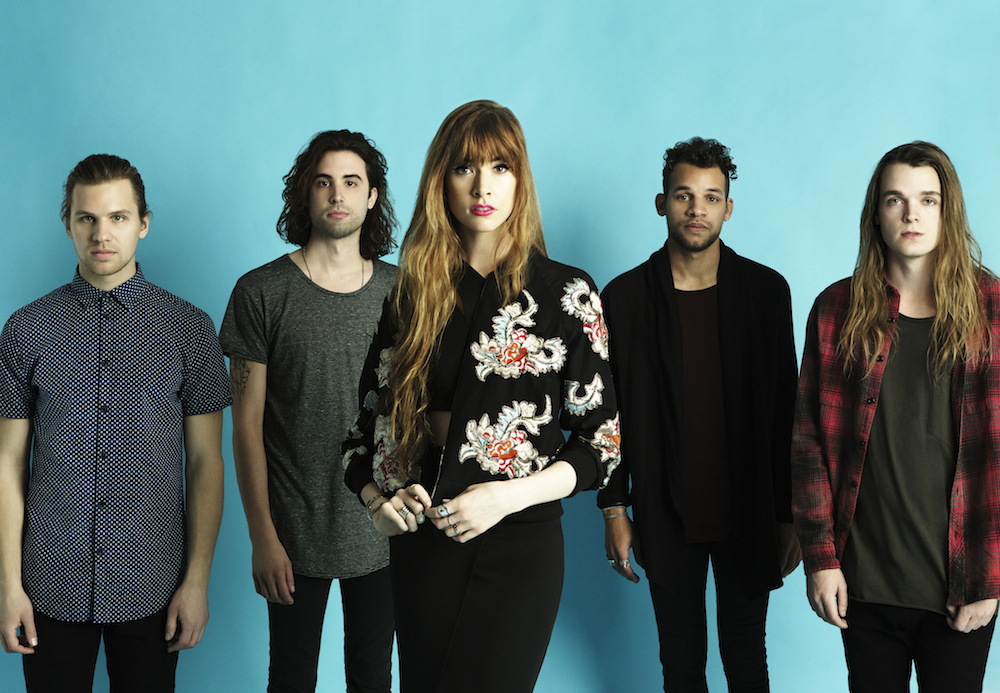 machineheart is a band that you might not have heard of yet, but that will definitely change soon. This alternative pop/rock quintet from Los Angeles has a mesmerizing sound that you can hear in the first song they released in 2014, “Circles”, which was remixed by Vancouver-based DJ Vanic earlier this year. That remix now has over 5.6M plays on Spotify! The catchy and bubbly, synthesizer-laced track is one you’ll have on repeat all day.

The band has already been noticed and is currently featured on Spotify’s “Today’s Top Hits” playlist as well as the soundtrack for Season 1 of MTV’s show "Scream". Even Chloë Grace Moretzshared the band to her millions of Twitter followers, and we know she’s got some great musical taste.

Frontwoman Stevie Scott (vocals) is from Los Angeles, while the boys, Trevor Kelly (acoustic guitar), Harrison Allen (drums), Carman Kubanda (electric guitar), and Jake Randle (bass), hail from Seattle. Once mutual friends introduced them all, their chemistry exploded. The band has such a unique bond that all the members from Seattle moved to Los Angeles to begin working. The boys of the band say that Stevie ignited a fire in them to start taking band life more seriously. The rest is history.

Stevie’s vocals take you on a dreamy ride through their EP, appropriately titled In Your Dreams. Their rhythmic sounds and synthesizer-heavy tracks have all the elements that make you want to keep listening to the entire EP. Their second most popular song on Spotify, “Watercolors”, is powerful and passionate, with a driving melodic chorus that you’ll be singing all day.

If that’s not enough for you to be convinced that they’re awesome, check out their newest music video for “Circles”, premiering EXCLUSIVELY here on YH, featuring a ton of behind-the-scenes footage from their tour. The five members look like they’re having a blast onstage flipping their hair and jumping around to the music in front of their fans.