ARTIST TO WATCH: The Head and The Heart 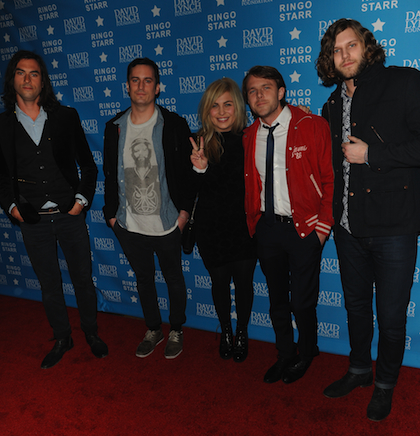 Seattle. If that city isn’t a fertile breeding ground for some of the nation’s best musical acts, especially bands specializing in indie and folk-rock, then we don’t know what is! Foo Fighters, Nirvana, A Fine Frenzy, and Macklemore, just to name a few, all call Seattle their hometown, and for a city that usually gets a bad rap simply for the rainy weather, there is no doubt that the biggest city in Washington State has a knack for churning out some of the greatest musicians and bands this country has ever seen.

One of the new mainstays to come out of Seattle’s indie scene is the uber-hipster six-piece The Head and the Heart.

Known mostly for their eclectic mish-mosh of band members (a majority of whom play an active role doing vocals AND actually playing an instrument) and their vintage-y, hip aesthetic and appeal, The Head and the Heart made a huge splash with their self-titled debut album in 2011, which introduced their sound to the world with songs along the likes of “Down in the Valley” and “Ghosts”.

The down-home and folk-rific sound made for a stellar debut in this EDM-loving day and age, and it obviously came as no surprise to fans that their sophomore album Let’s Be Still was also a hit amongst listeners, even reaching number the top 10 on four different Billboard album charts!

Some singles that spawned from The Head and the Heart’s second LP include the echoing “Another Story” (antiquated dresses and bicycles included in the music video) and “Shake”, another lovely, an-afternoon-in-the-park ode to youth.

For more on The Head and the Heart, check out their Twitter page and see/hear them on YouTube!