Jack is Back and Better Than Ever! 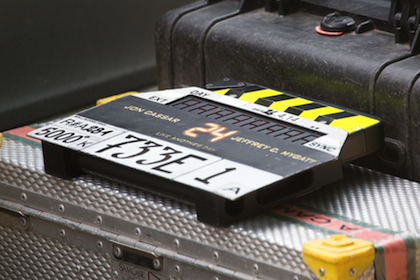 Four years after its abrupt ending, the hit television series "24" has come back to “Live Another Day”!

Kiefer Sutherland returns as Jack Bauer in "24: Live Another Day", which premiered this past Monday and proved to be just as exciting as it was when it first debuted in 2001!

Like the rest of America, I tuned in for the special two-episode premiere, and, oh, my excitement when I heard that familiar "tick…tick…tick…" from the 24 time clock. The writers and producers managed to pull the audience in with a new terrorist threat as Jack’s latest mission.

But before I try to recap what happened in the premiere (hopefully without too many spoiler alerts), I’ll quickly get you all up to speed on where the series left off four years ago.

The eighth season involved the Russian terrorist plot to kill an Islamic leader, Omar Hassan. Jack works the case and loses one of his loved ones, who was killed by the Russian terrorists. Jack gets his revenge despite the orders of the CTU. Jack turns himself in to the Attorney General for disobeying his orders and killing the Russians behind the murders of his loved one. The series ends with Jack, now a fugitive, leaving and saying goodbye to Chloe (Mary Lynn Rajskub) as she watches him on camera.

Now, like in real life, the setting takes place four years after Jack disappeared from the U.S. and Russia’s radar. In London, the current President, James Heller (William Devane), is set to discuss the government’s pro stance on military drones. Although the President seems to be forgetting a couple things, Jack Bauer has always been on the backburner of the US government. Also in London is a terrorist who has hacked into the military drones with plans to kill the President. You know what this means. The President of the United States, terrorists… Jack can’t be far behind.

Within the first ten minutes of the episode, Jack is caught by CTU. I don’t want to reveal what Jack’s plans are, but Chloe hasn’t been laying low these past years and the CTU knows it. I will say that she and Jack do reunite, but it isn’t quite the reunion that we all expected or hoped for. By the end of the episode, my love for Benjamin Bratt was reignited, my Irish and British accents were unleashed, and, in true "24" form, my questions were answered with even more questions than I started with!

Cheers to your comeback, Jack! We missed you!

Don’t forget to tune in to Fox on Mondays to catch "24: Live Another Day"! There are only 11 episodes left in this limited-run revival!

In the meantime, flashback to our Studio chat with Mary Lynn Rajskub where she played coy about a "24" reboot!