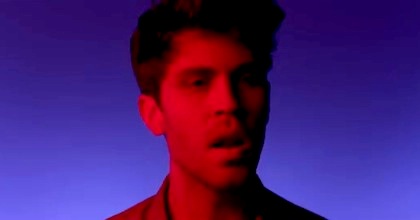 Whether you like it or not, it’s no secret that there has been a heavy electronic influence in music for the past decade (and even before that!), but there is probably no other artist who can take the electric trend and present it in a way that is so painlessly and readily cool -- especially for a pop audience -- than the Baltimore native Matthew Hemerlein, AKA Lo-Fang.

What other modern artist, especially in this culture, can say they were classically-trained in various instruments including piano, guitar, violin, and cello, just to name a few? Not many, but Lo-Fang is one of them. And it’s his talent for music, paired with an influence in genres ranging from folk to R&B, that makes his sound so unique, and one that is so much different than the thumping club-like bangers that usually plague the EDM realm.

February of this year saw the release of his debut album Blue Film, and although it is hard out there for a lot of musicians, Lo-Fang’s unique musical style, plus the fact that he can literally do everything when it comes to producing a record, makes him a soon-to-be staple in everyone’s indie/electronic-repertoire.