Dylan O'Brien Set to Take Over the Big Screen in 'Maze Runner'! 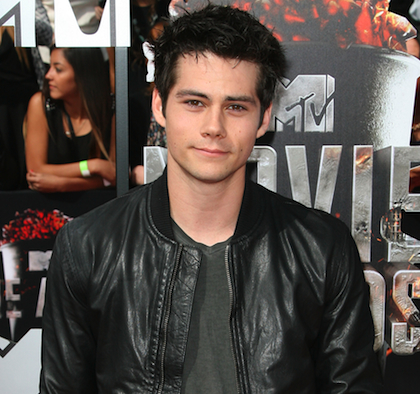 Did you absolutely love Catching Fire? Can’t wait till Mocking Jay comes out?

While we’re all waiting for the next installment of The Hunger Games to be released, there’s another novel-to-movie classic that might help us with the Catching Fire withdrawals.

The Maze Runner, a novel by James Dashner, will be coming out this September!

Check out the trailer here!

Intriguing, right? A little bit of Catching Fire with the atmosphere of The Lord of the Flies and a hint of the final task of the Triwizard Tournament in the end of Harry Potter and the Goblet of Fire.

The trailer is a bit of a tease, which means that it did its job. After I saw the trailer, I looked up the synopsis of the book because I just couldn’t help myself. Without giving too much away, I can give some insight...

Thomas wakes up in a place called The Glade, and he can’t remember anything before that moment aside from his name. There, he finds a community of boys who all went through what he just had. The Glade is surrounded by a gigantic maze with large sliding doors that open and close to protect the boys from creatures that reside in the maze. Thomas becomes very curious about the maze, if there is anything beyond the maze, and why he and the rest of the boys are there.

The real kicker as shown in the trailer is that, soon after Thomas comes to the Glade, a girl who seems to know him and a bit about his past comes up the elevator, or The Box.

And it certainly doesn't hurt that "Teen Wolf" cutie Dylan O’Brien plays Thomas, along with Will Poulter from We’re the Millers, who plays Gally.

This movie looks great, and if all goes well, there are two more subsequent movies they can make from Dashner’s trilogy, and even a prequel! I’m definitely grabbing a copy of this book and reading it before the movie comes out!

Don’t forget to keep an eye out for Dylan O’Brien in The Maze Runner this September! But in the meantime, check out our visit to the set of "Teen Wolf" where we got Dylan to reveal his Hollywood crush (hint: he might want to discuss it with his co-star Will Poulter!)--