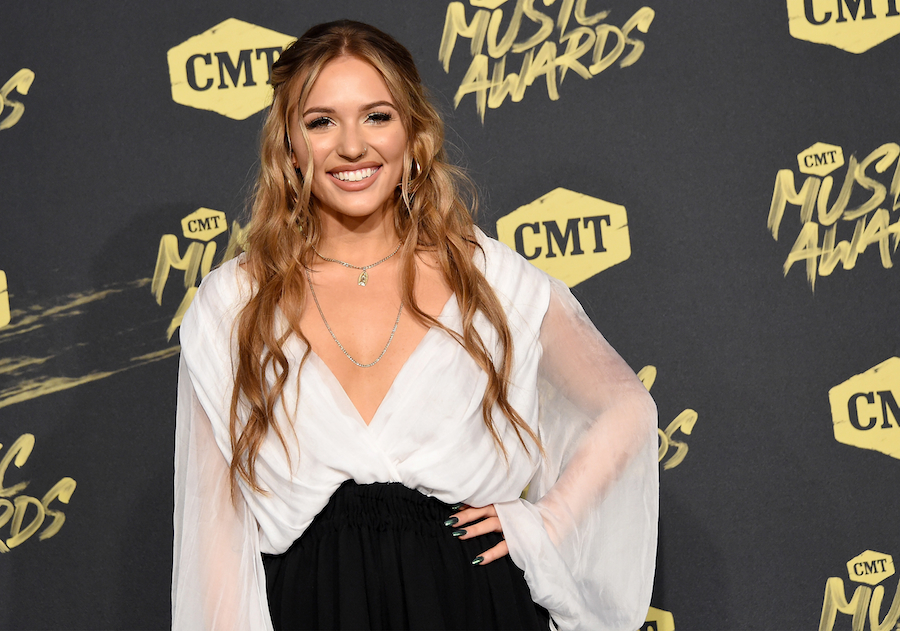 Lennon Stella's story is a familiar one: a viral video shoots a previously unknown teen straight into stardom, and a star she is certainly becoming. In 2012, Lennon and her younger sister, Maisy, uploaded a video of themselves singing together onto YouTube and the rest is what dreams are made of.

Together they were cast on ABC’s country music-themed drama "Nashville" as the daughters to Connie Britton’s (!!!!) legendary country singing character, Rayna James. The show was the perfect platform to show off the pair's acting and singing chops, and Lennon quickly became a scene-stealer with her unique voice and amazing songwriting skills. Growing up (and glowing up, amirite?!) on the show, Lennon got to have a trial run at what her life was about to become, and many of her storylines were pulled from her own experiences. Just look how cute and small she used to be, and now she’s out here looking like who I want to be when I grow up:

Lennon took full advantage of the stage "Nashville" gave her. She was a writer on 8 songs that made their way onto our screens, many which went on to be huge hits on the music charts. The show ended this year after 6 seasons, and now Lennon is out on her own and already well on her way to being a household name.

In her first big move, Lennon is featured on a new track from Jonas Blue with one of our favorite boys also trying to make it on his own, Liam Payne. The music video is also swooney, so please do yourself a favor and give it a look.

This girl has come a long way and clearly isn’t slowing down anytime soon. So keep your eye on her because things are just getting good. In the meantime, I’ll be here listening to "Tennis Shoes" on repeat...