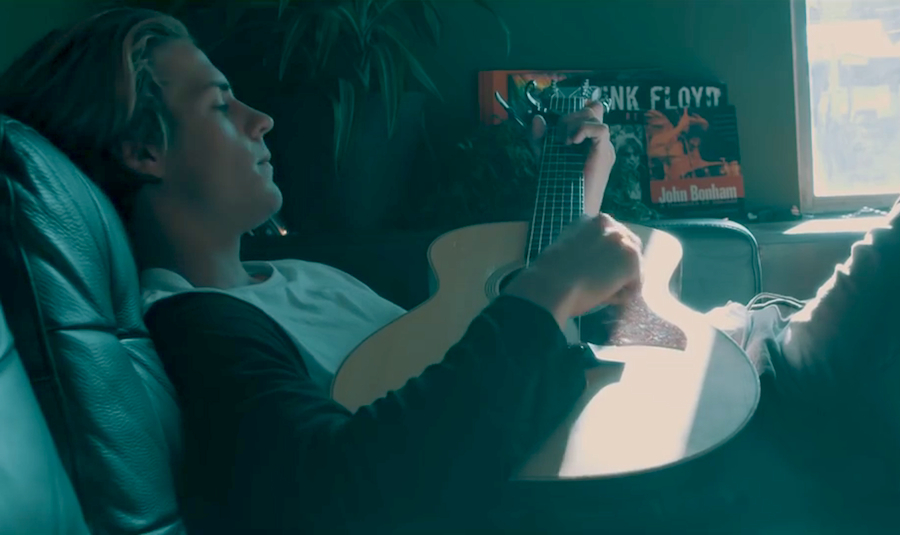 Corey Harper is a 22-year-old Venice, California-based singer-songwriter with a young John Mayer sound that the mainstream music world has no idea it’s been missing; but with his stardom increasingly rising, that won’t last long. Having been featured in Rolling Stone and Teen Vogue, and supported by the likes of Cody Simpson andJustin Bieber (whom he briefly joined on thePurpose Tour), Harper is working his way up in the music world.

His recently released On The Run EP has gained limited but positive attention, and the lead single, "Charlotte’s Wine", is the kind of slow, heady ballad that everyone needs on their favorite playlist. The song is about a fictional girl Harper often dreams about, making the song especially unique and personal. His songs are romantic in both the literary sense and true sense. His soft folk vibe is familiar in sound, but his distinction shows in his tone and lyricism.

The biggest draw to Corey Harper is his natural musical ability, but his boyish good looks definitely don’t hurt! He has all the qualities that garner adoring fans, and his songwriting that has the potential to resonate with mass audiences, but for now — to his dedicated fans — he is their well-kept secret. Performing small, intimate sets, Harper connects with his fans, remembering their faces and taking time for photos and personal autographs.

I recently had the privilege of seeing Harper perform at Winston House, located in Venice’s happening arts district. Winston House is a both an intimate concert venue and home to many young creatives in the Hollywood area. On stage with just a guitar and a microphone, he captivated the audience with his live performance, his voice sounding identical to the recorded versions, which is, unfortunately, all too rare these days.

Harper’s mellow beach vibe is most apparent in the track “California Sun”, where he uses the West Coast sunshine as a metaphor for love and longing. Another key track is the EP’s title song “On The Run”, which details his thoughts and experiences during the time when he made the major move to California. The theme is hope for a new, but scary future.

Each one of his songs sound like they should be played on your old boombox at the end of a long day at the beach — the last thing you hear as the sun sets and you bundle up in blankets. His songs are comforting and warm like your favorite rom-com, and sometimes that’s the exact music you need.

Harper is the artist that you can feel connected to; even though there’s certain specificity to each song, there’s still a familiarity in the thoughts and feelings that he passionately sings about. You’ll find yourself nodding in agreement as he melodically describes life’s important themes: love, loss, growth, and more.

You can listen to Harper’s full EP on Spotify and purchase the tracks on iTunes.