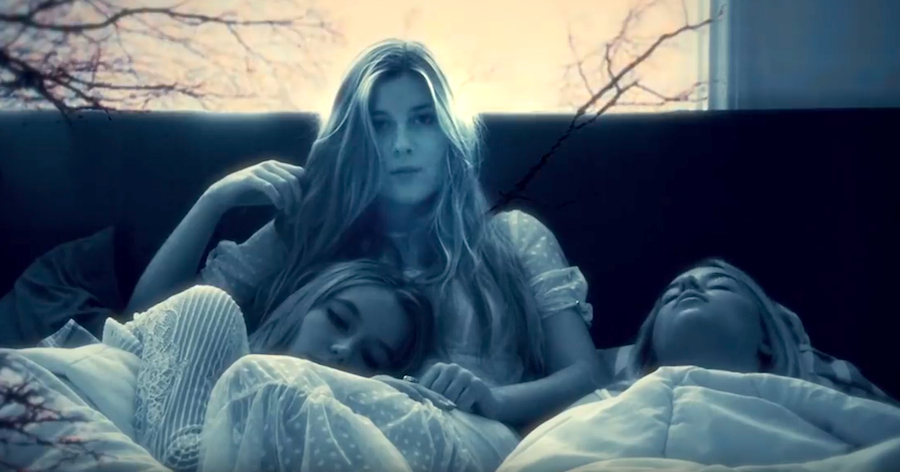 Bahari is an all-girl band located in Manhattan Beach, California, comprised ofRuby Rose Carr (singer/keyboardist),Natalia Panzarella (Singer/bassist) andSidney Sartini (singer/guitarist) who combine a unique blend of folk and pop sounds to send messages of positive vibes heavily apparent in their lyrics and dreamy music videos, which include driving in classic cars and frolicking in the ocean.

The band’s name, Bahari, comes from the Swahili word for "ocean", fitting the group’s summery, beachside sound. All of the ladies grew up near the ocean, and it has heavily influenced their music and lives. The name has extra special meaning for Carr, born in South Africa and growing up in Kenya, as Swahili is her first language.

Having only met in 2013, it’s pretty incredible how well the three have meshed their talents. Their voices combine seamlessly together and their lyricism is localized to a shared love of the California lifestyle and life in general, in a way that seems fated. This collaboration of artists works so well in all aspects that you have to wonder if it’s too good to be true, but their songs and natural rapport both onstage and off is proof it is indeed real.

Their first single, “Wild Ones”, is also the first song that the band ever wrote together. A soft, melodic youthful anthem, “Wild Ones” is a perfect entry point for diving into their eclectic tunes. It’s about freedom, living in the moment, and being young. This is the kind of music every mixed CD made for a long road trip needs. “Dancing On The Sun” is another fan favorite off their EP; more upbeat than “Wild Ones”, this song is essentially a mantra for the laid-back, California lifestyle.

Having toured with Selena Gomez this past summer and racking up more and more views on YouTube daily, Bahari is heating up. Most recently, Bahari released a cover and music video for the song “Get Together”, originally recorded by The Youngbloods. The ladies give put their signature sound on the track, and it works harmoniously. In addition, the ladies are featured on the artistGrey’s electronic track titled “I Miss You”.