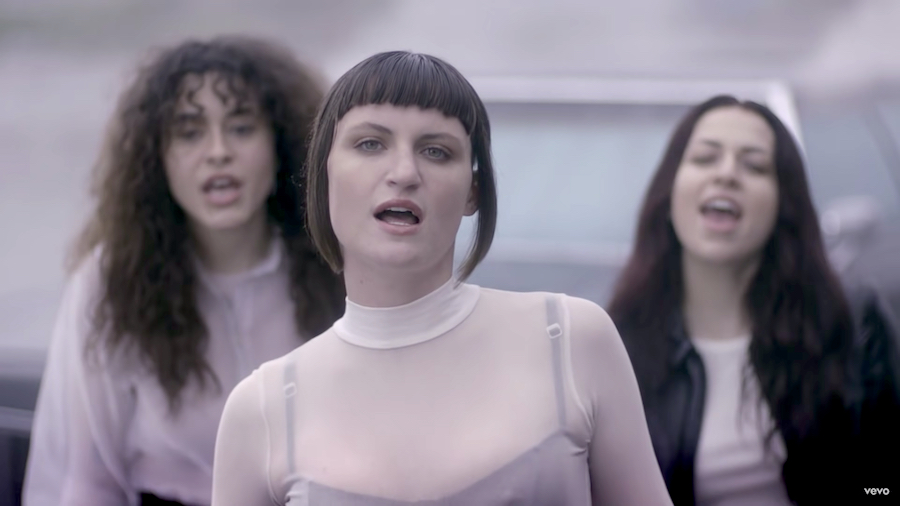 By now, you’ve probably worn out Olivia Rodrigo’s SOUR or Billie Eilish’s Happier Than Ever and are on the hunt for your next band to get obsessed with. Because who doesn’t need yet another musical artist that releases music that’s both cathartic and empowering of our emotions -- happy, sad, hopeless, and imaginary? But regardless of what you’re listening to, the electric pop girl band MUNA should be on your music radar!

Lead singer Katie Gavin, along with guitarists and vocalists Josette Maskin and Naomi McPherson, started MUNA in 2013 after they met in college at USC and have since remained authentic to their brand. Arguably one of the most progressive bands out there, they sing songs that can resonate with all demographics of people, but especially their LGBTQ audience. What began as highly experimental rock/pop has since tapered down (although it still contains that progressive rock flare) into anthems of human emotion, both the negative and positive of experiencing love, and generally just embracing who you are and enjoying your life to the fullest.

we don't make songs for you to enjoy. that's capitalist, honey. our songs will hurt you

And the band is Harry Styles-approved! The girl band was his opening act on both the North American and European tour dates for his 2017 album. They’ve also worked alongside other musical acts such as Bleachers, The 1975, Grouplove, and, most recently, Phoebe Bridgers. And to top it off, they’ll be working with Kacey Musgraves as the opening act for her 2022 Star-Crossed: Unveiled Tour. Hopefully this gives you a hint as to their musical comprehension and versatility over the years, but also their unwavering priority to authenticity and collaboration with other like-minded musicians working to transform the industry.

And they’re honestly hilarious, too. One peek at their social medias tips you off to their inclusive, progressive ideals and stern constitution as musicians seeking to develop the world into a more equal and accepting place for all people, regardless of ethnicity, sexual orientation, gender expression, or economic status. They make it clear the diversity and inclusion standards that they stand and push for, and we love them for it.

With an new album in the works, we couldn’t be more prepared to jam out!

one thing about our next record it's fucking very good