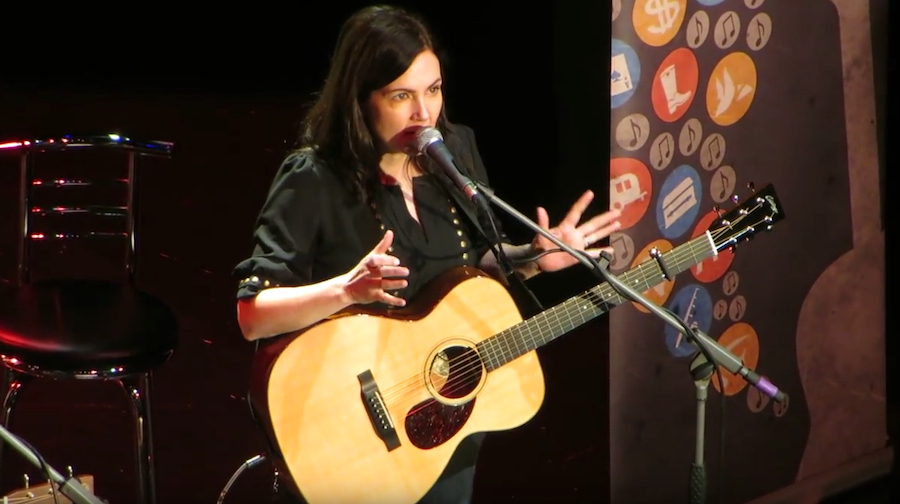 We just can’t get enough of Lori McKenna. She has been on our radar for over a decade and continues to impress. She first teamed with Faith Hill but also works with and array of top country artists including Keith Urban, Hunter Hayes, and the legend herself, Reba. The Massachusetts native has accomplished a lot and managed to do it without moving her family from the place they call home. You know what they say -- home is where the heart is. I highly recommend catching Lori at a songwriter’s event!

Her 2015 smash hit with Little Big Town, “Girl Crush”, not only stayed at the top of the chart but also won countless awards, including a Grammy for Best Country Song. This earned Lori her first -- and, as far as we're concered, long overdue -- Grammy! The song played well on country radio and will most likely continue to be a favorite on everyone's playlist.

You may have also heard her track “Humble & Kind”, sung by the one and only Tim McGraw. The song went on to top the Billboard Hot Country Song chart, the first time in 4 years that a song only written by one songwriter reached #1. How awesome is that? She says that thinking about her kids really helped to draw inspiration for the song.

Her most current album, The Bird & The Rifle, was released in late-July and it is one for the books. A few personal favorites are “If Whiskey Were a Woman” and “We Were Cool”. Her sound incorporates grassroots country music with a present-day feel. Lori is actually out on the road right now, so if you’re lucky, you could hear some new music at her shows. Check out her official website to know when!