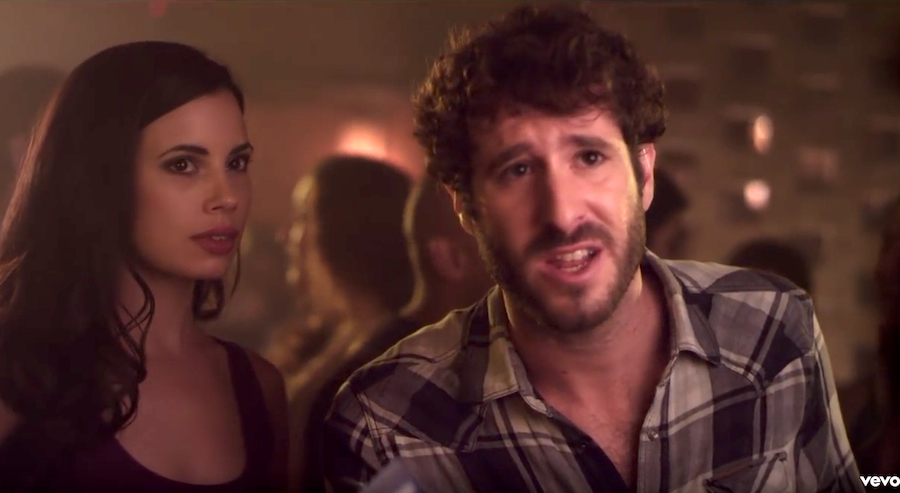 It’s hard to imagine that laughing while listening to a song could possibly mean that that song is good. But comedian-rapper Lil Dicky proves that it’s not only possible but can be done with great success. Since his arrival to the hip-hop scene four years ago, Lil Dicky has continued to shock the world with creative lyrics, funny but relatable themes, and a unique perspective. Though comedy in music is hardly new, Lil Dicky has made it mainstream and given it a quality that’s never before been ascribed to it — he somehow made it cool.

Before Lil Dicky entered the scene, the main voice of comedy in music was "Weird" Al Yankovic, who was famous for making parodies of popular songs. Weird Al was humorous, but his music was fairly niche since it had an intellectual, and therefore dorkier, aspect to it. His music was distinctly comedy first, and music second. Lil Dicky’s, on the other hand, is music first and comedy second. He lays down some cool beats and layers funny lyrics overtop which makes for a unique aural experience.

In 2015, Lil Dicky dropped his debut album Professional Rapper after releasing a mixtape in 2013 that garnered attention. The album featured some big-name rappers like Snoop Dogg, T-Pain, and Fetty Wap, which added to the claim that this album’s hip hop cred. And while the Snoop Dogg feature on Professional Rapper is amazing and hilarious, it’s Lil Dicky’s solo songs that are the true stand-outs. “Pillow Talking” is pure genius and “Lemme Freak” contains both a good beat and relatable lyrics about a mediocre relationship. (WARNING: links are extremely NSFW)

And while we’re on the subject of “Pillow Talking”, let’s break that song down. Released on his 2015 album, it flew under the radar since it was buried in the middle of the 20 tracks. It wasn’t until April of this year that he released a video for it, but it was more than worth the wait. Clocking in at nearly 11 minutes long, the video is a piece of art that follows the aftermath of a hook-up. He and the girl’s conversation turns philosophical when they approach topics like war and religion. The scene unfolds behind their bed as dinosaurs roam around, and God (played by John C. Reilly, of course) emerges. When he’s asked what’s going on in his brain, a cute animated brain pops out to narrate Lil Dicky’s inner thoughts. The video is comedy and musical gold and its $700,000 budget was used ingeniously.

Despite his creativity, fast-paced lyrics, and hilarious topics, Lil Dicky still hasn't gotten the attention he truly deserves. He’s doing something unique in the rap industry — poking fun at rap culture while at the same time fully buying into it. Instead of rapping about making it out of the Projects, he makes light of his Jewish religion and middle-class upbringing. Sure, that’s not the typical recipe for what makes a good rapper, but Lil Dicky has surpassed good; he’s “professional.”

And don't forget to check out our chill sesh with Lil Dicky on "Backstage Diaries"!