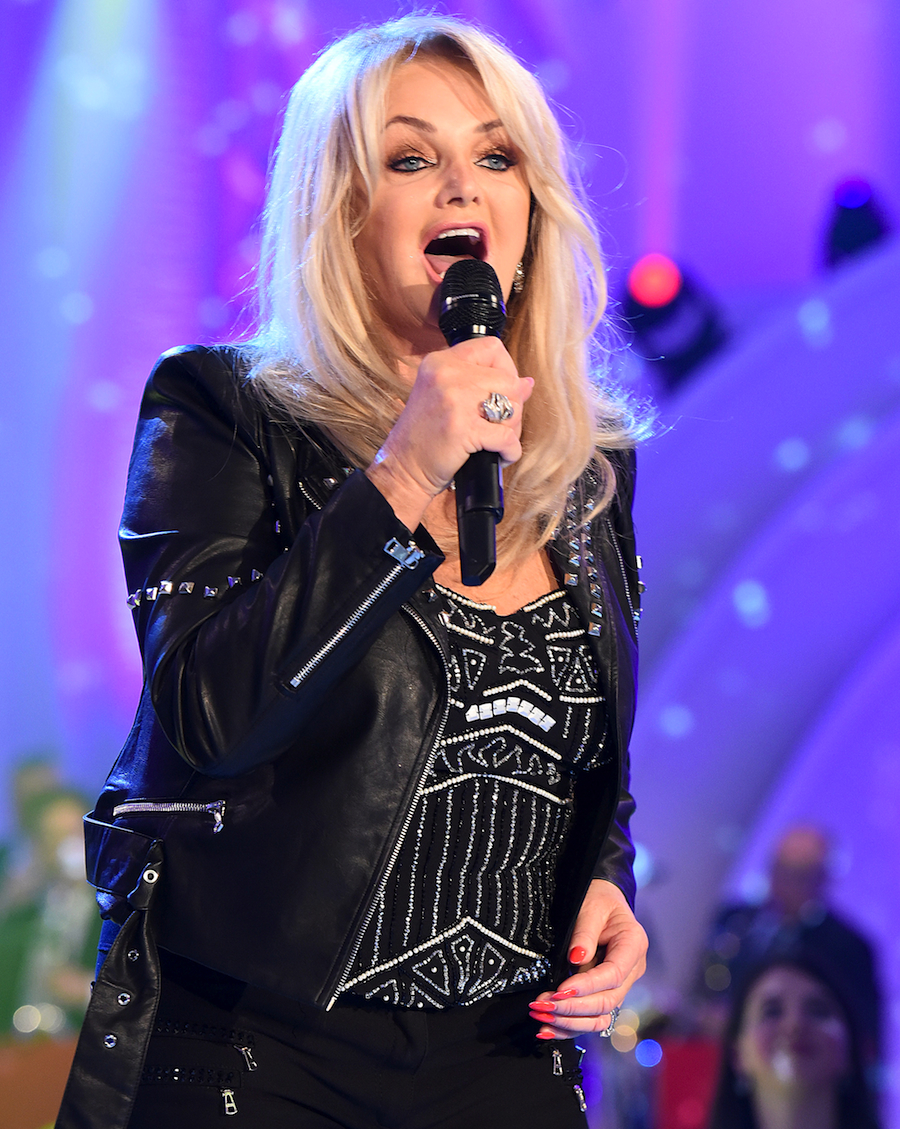 Bonnie Tyler was a force to be reckoned with in the ‘80s… and if we’re honest, she still is!

Her distinctive husky voice (the result of vocal chord surgery in the 1970s) lent an extra edginess to her power-rock anthems, the most memorable of which remains “Total Eclipse of the Heart.”

If these names sound familiar to you all of a sudden, it’s no accident. With the advent of a total solar eclipse occurring all across the United States tomorrow, the Grammy-nominated song is finding a resurgence in popularity. In fact, Tyler herself is slated to perform the song on a cruise ship as it passes through the path of totality from Florida to the Caribbean. Talk about a once-in-a-lifetime opportunity! Joe Jonas’s bandDNCE will be on-hand to back her up.

So, what the heck is so special about this song? Oh, just EVERYTHING. Tyler’s gravelly voice set against the epic backdrop of a power ballad in the vein of Meatloaf, along with the evocative lyrics, makes this a no-brainer classic.  If “Game of Thrones” had been made in the ‘80s, this would have been on the soundtrack. THE DRAMA!

Nicki French later remade the song in 1995, which was a bit more straight-forward and features somewhat of a dance beat.

This was not Tyler’s only hit, though. She followed up “Total Eclipse of the Heart” with “Holding Out For a Hero”, which was originally featured on the Footloose soundtrack but you young’uns will probably recognize it from Shrek 2.

Bonnie still continues to belt it out to the delight of fans from across all musical genres. Her most recent release was earlier this year, a collabo with German metal band Axel Rudi Pellentitled “Love’s Holding On”. Can you say BADASS?

Look, if it takes an actual act of God to bring Bonnie Tyler back into the mainstream spotlight, I am here for it!