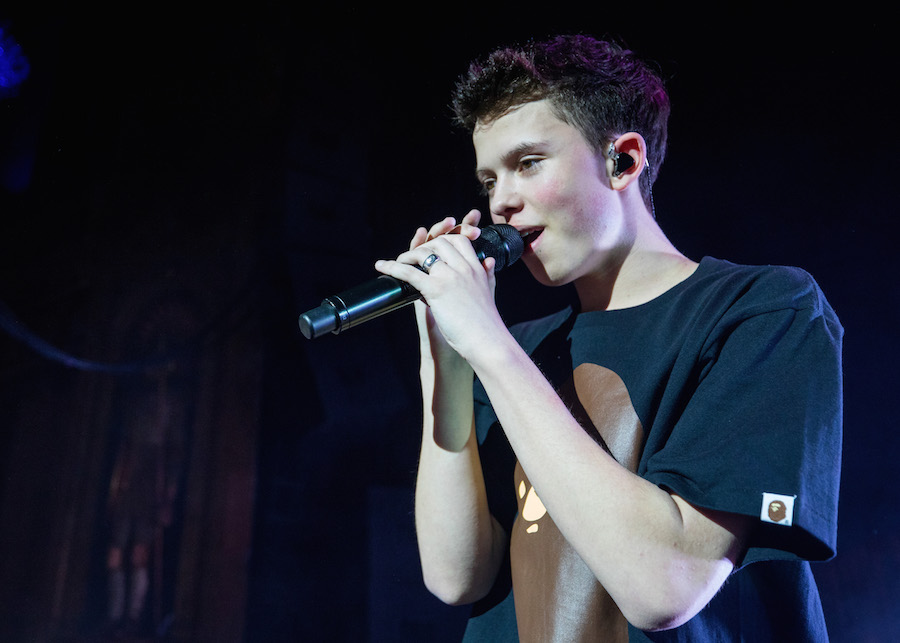 With talented teen artists slowly taking over the world each day, whether through outstanding on-screen performances to creating the best make-up videos/tutorials, it is very evident that the competition to stand out is high, and the bar will continue rise in the near future. With all this talent and young vibrant personalities, it is up to us to recognize and look out for all aspiring teens out there. One teen in particular has become a global phenomenon and is stealing every teen girl’s heart one song at a time -- singer and songwriter Jacob Sartorius! His boppy, upbeat music has become a interest for millions of fans worldwide and this is only the beginning!

Sartorius was born in Oklahoma, but was adopted and raised in Reston, Virginia. As early as 7 years old, he was already starring in musicals, using his talent to reach his fullest potential. Although his performing allowed him to share musical gift, he was bullied by other kids because of it. Soon, he uploaded a video on Vine talking about anti-bullying which went viral. He began making more videos and his following rapidly increased. He eventually joined Musical.ly and earned 14 million followers and even helped boost his self-confidence.

Check out some of his best Musical.ly videos below!

With his impressive social media following, he realised he could use his platform to pursue a career in music. He eventually signed to RCA Records and released his debut single, “Sweatshirts”, shortly after. The song peaked at #90 on the U.S. Billboard Hot 100 and #81 on the Canadian Hot 100. It also has 48 million views on Youtube!

After many predicted he would be the next Justin Bieber, he released his most popular single to date, “Hit or Miss”, which has 56 million views on YouTube as of this writing and debuted at #72 in the United States. This is his highest-charting single to this day. His most recent singles, “Cozy” and “Chapstick”, reflect a newer and more mature sound and have together earned approximately 18 million views on YouTube. Jacob coming in clutch!

It seems fair to say that Jacob is on the path to success, and it is even better that he is using his platform to try and make the world a better place. His choice to spread love through his music makes it so hard to not love him! We can’t wait to see what is in store for teen sensation in the near future!

P.S. If you squee'd over that "Chapstick" vid like we did, press Play below on our exclusive interview with Jacob's co-star Jenna Ortega, who told us how her appearance in the video came to be!