6 Athletes to Keep on Your Radar at This Year’s Winter Olympics! 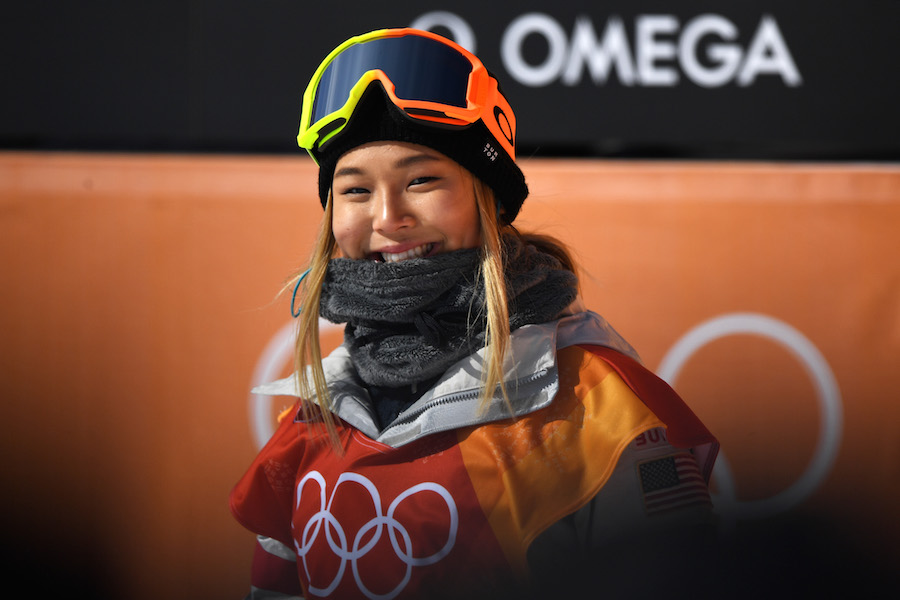 The 2018 Winter Olympics are in full swing in PyeongChang, South Korea, and this year’s Team U.S.A. is the largest group of athletes (242) a nation ever has brought to the winter games. This team is also the most diverse in race and gender than any other U.S. team in history!

As we prepare to watch the medal counts mount in the next few weeks, here’s a list of Team U.S.A. athletes you should definitely keep an eye out for!

This 17-year-old from Long Beach, California, is returning to her family’s homeland of South Korea. Not only has she been named twice in TIME’s 30 Most Influential Teens, but she is also the first woman to land back-to-back 1080s in a competition. Though she is one of the favorites in the halfpipe competition this year, Chloe actually qualified for the 2014 Games in Sochi at age 13, but was too young to compete.

When she is not practicing or competing, Chloe attends Mammoth High School and will be graduating in June.

One of this year’s favorites, 18-year-old Nathan also is making his Olympic debut in this year’s Winter games. He is a two-time U.S. National figure skating champion and is the first skater to ever land five quadruple jumps in a single program.

He is so well-known around the world that he was even the face of Kellogg's!

We hope to see Nathan do well in the rest of the events he still has yet to compete. Having a background in ballet, gymnastics, and skating is sure to help him become one of the strongest contenders in his sport.

Diggins is one of the best cross country skiers in the U.S. and could become the first American woman to get a medal in an Olympic cross-country event. The last time the U.S. took an Olympic medal in cross-country skiing was in 1976 when Bill Koch took home the Silver! Jessie is currently in her seventh professional season and places third in the overall World Cup standings.

Erin never thought she would qualify for this year’s Winter Olympics. After being an inline skater for 15 years, she began training and competing for speedskating. With just four months in the sport of speedskating, she made Team U.S.A. In doing that, she became the first African-American to ever join the U.S. speedskating team.

Erin has earned 11 world medals and 47 national championships. She has been named three times the U.S. Olympic Female Athlete of the Year for Roller Sports and this year’s games will be her first Olympics.

Maia Shibutani and Alex Shibutani, also known as the “Shib Sibs”, are one of the seven sets of siblings competing in Team U.S.A. These siblings perform together and have been named National Ice Dance Champions twice.

The Shib Sibs placed ninth at the 2014 Sochi games and hope to earn their first Olympic medal this year. We will make sure to watch their routines at this year’s games since they have won gold medals at international competitions for three consecutive seasons and have earned medals in national championships in the past seven years.

Make sure to tune in to the 2018 Winter Olympics on NBC, and also be sure to check out this exclusive interview with alpine skiing champ Lindsey Vonn!