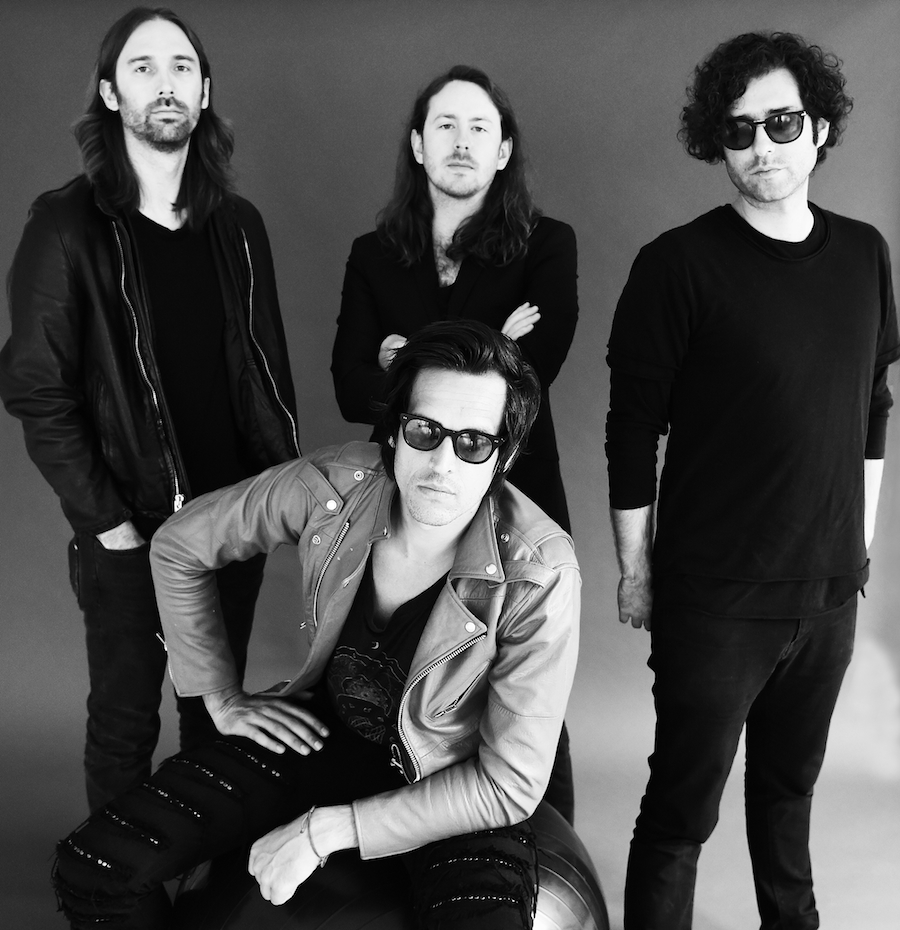 Needless to say, after featuring the bi-coastal multi-genre band Faulkner as an Artist to Watch almost exactly a year ago, we were thrilled to hear that they would be releasing new music. It’s been a while and we are more than ready for it.

The four-piece band, consisting of members Lucas Asher (vocals/guitar/Songwriter), Eric Scullin (vocals/multi-instrumentalist/Producer), Dimitri Farougias (bass), and Chris Hogan (drums), lives and works in Venice, California, has been shaking up the music industry since they debuted in 2013 and have still managed to maintain their distinct vibe. Since then, they have been working on incredible new music that is sure to please those who appreciate their form of alternative rock. The ultimate validation of Faulkner’s success came when they gained recognition from some of their biggest inspirations such as The Strokes, The Killers, and Wu-Tang Clan (who have contributed to their music since). It has a very lively vibe that is reminiscent of multiple stars of rock history’s past. The band has not shied away from recounting their struggles and make their emotions tangible in their music, which is refreshing in an industry where artists like to gloss over their real-life problems and sing about superficiality.

After previewing their energetic new song “Hot Streak”, which was officially released on October 24, we immediately loved it. According to the band, the song is intended to encapsulate that sensation of being untouchable which every human has felt, even if only for a fleeting moment. Take a listen to "Hot Streak" below!

The record combines a lot of the influences that made them recognizable as an act when they started out, which is a great way to follow up their debut album, REVANCHIST, the instant classic EP, which featured hit tracks such as “NY Anthem” (co-written by Wu-Tang Clan member RZA). RZA is hotter than ever thanks to his Maroon 5 collab, which will hopefully help give Faulkner the exposure they deserve.

However, the band seems to be doing pretty well as is. “NY Anthem” is exciting because, as we know, NYC loves representing itself -- Jay-Z has taken over the role as unofficial musical ambassador for the city for almost two decades with songs like “Empire State of Mind” and “Brooklyn We Go Hard” -- nevertheless maybe now it's Faulkner’s turn to take a seat at the helm, as “NY Anthem” could be heard at Yankees home games as well as the U.S. Open.  The band is not only representing for New York but also for all the “rebels and misfits” out there, which is refreshing as they do not try to portray a flawless or fake life. Revenge themes are also present, which, as Taylor Swift has shown us in the majority of her albums, can be an insanely successful leitmotif in music.