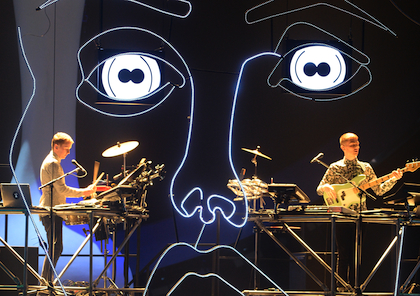 We’ll say it before, and we’ll say it again: EDM is the hottest thing in music right now. Much like rap and hip-hop’s rise as a serious and legitimate art form in the late-'70s and early-'80s, EDM is starting to really gain momentum and has been since as far back as the '90s, and although there are still really only a handful of artists who are as mainstream or popular as someone of a more traditional genre, someone who loves music cannot, with good conscience, discredit everything the EDM movement has done and continues to do.

An English duo at the forefront of this new EDM movement of music is none other than Disclsoure. Whether you’ve known them for a while (like most listeners) or whether you’ve just heard about them (like the rest), one way or another, you’ve probably heard of their most known and well-received single “Latch”, which features another up-and-coming U.K. dynamo Sam Smith.

Formed around 2010 and composed of brothers Guy and Howard Lawrence, Disclosure’s first hint of commercial success came in 2012 when their EP The Face spawned many hit singles, including “Tenderly” and “Flow”.

It was “Latch” that put them on the map, though, and honestly, who doesn’t love the message of the song that is not only catchy as and EDM record, but also just as a regular vocal single?

If all electronic/house music could effortlessly blend vocals and synth the way the guys of Disclosure and their collaborators do, then yes, we shamelessly shout from the rooftops, “WE LOVE EDM!!”