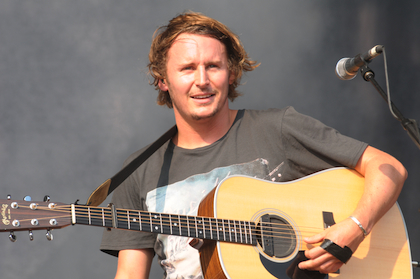 If there’s one thing that most music enthusiasts can agree on, it’s that acoustic music is, quite simply, nothing short of amazing. Whatever mood you are in, or what’s going on in your world or the world around you, you can never go wrong by stripping down to the basics.

U.K. native Ben Howard is the perfect example of how all you really need is a great voice and guitar to make outstandingly great music.

The 25-year-old Brit was born in West London and has been making music for quite some time now, already having four EPs under his belt. It wasn’t until recently, though, that Howard has made a huge name for himself in his native England, especially with the release of his debut album Every Kingdom.

And if his two Brit Awards and his Mercury nomination weren’t any indication enough, this man, who is a folksy singer-songwriter extraordinaire with the voice of an angel, has talent to restore the faith of and quite any critic who thinks traditional music has gone to the wayside.

Some of his best songs include “Old Pine”, “Keep Your Head Up”, “The Fear”, and the fan favorite and hit that veritably put him on the map, “Only Love”.

With a U.S. tour already on his resume, and even an appearance at last year’s SXSW music festival, Howard is surely going to be a hit in the U.S., something along the lines of his contemporary Ed Sheeran.

There seems to be nothing standing in the way of the success of Howard, and, quite frankly, we can’t wait to see what else this talented guitar man has in store for us with the release of more new music.