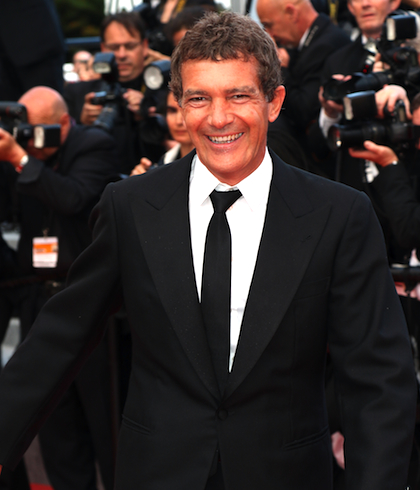 I love a good Noir, and I’m not just referring to the Pinot variety either. Film noirs have captivated audiences for generations with their dark ("noir" is French for "black") stories ranging from decent folks losing their humanity in the lustful or greedy pursuits of whatever Macguffin they think will make them happy, or fast-talking know-it-alls who have their nihilistic philosophies thrown right back in their charming and sardonic faces. For me, at least, a story becomes something special indeed when it boasts of a noir-ish quality, which is probably why I am so interested in the new series "Havana Quartet" that STARZ is producing.

Antonio Banderas will executive produce and star in this televised adaptation of Leonardo Paduras’s popular series of novels that centers around Cuban Police Detective Mario Conde, a man who longed to be a writer but settled for a job on the police force instead. Conde is a hard-drinking man, but one who has not lost all of his romantic sensibilities, and his adventures will highlight the the beautiful and magical aspects of Cuba as well as its dark underbelly. According to STARZ CEO Chris Albrecht, the show will take place in the 1990s during the “Special Period” when tourists and outsiders were not able to experience the beautiful yet decaying wonders that Cuba had to offer. The series pilot will be scripted by Eduardo Machado, who penned the STARZ drama "Magic City", a show that took place in Miami in 1959 right after the Cuban Revolution.

Antonio Banderas is one of the few actors working today that would’ve fit right in with Hollywood’s Golden Age in terms of his style and charisma (Don't believe me? Just check out thesetwo interviews with the man at the YH Studio!), and I am excited to see him step into another leading role. I have no doubt that he will do the character of Mario Conde justice, and I cannot wait to see the fruits of his and the showrunner’s labors. There’s no word yet on when the show will debut or any additional cast members as the show is still in the early planning stages (pre-production is what Hollywood types like to call it), so keep your eyes and ears peeled for further "Havana Quartet"-based news.