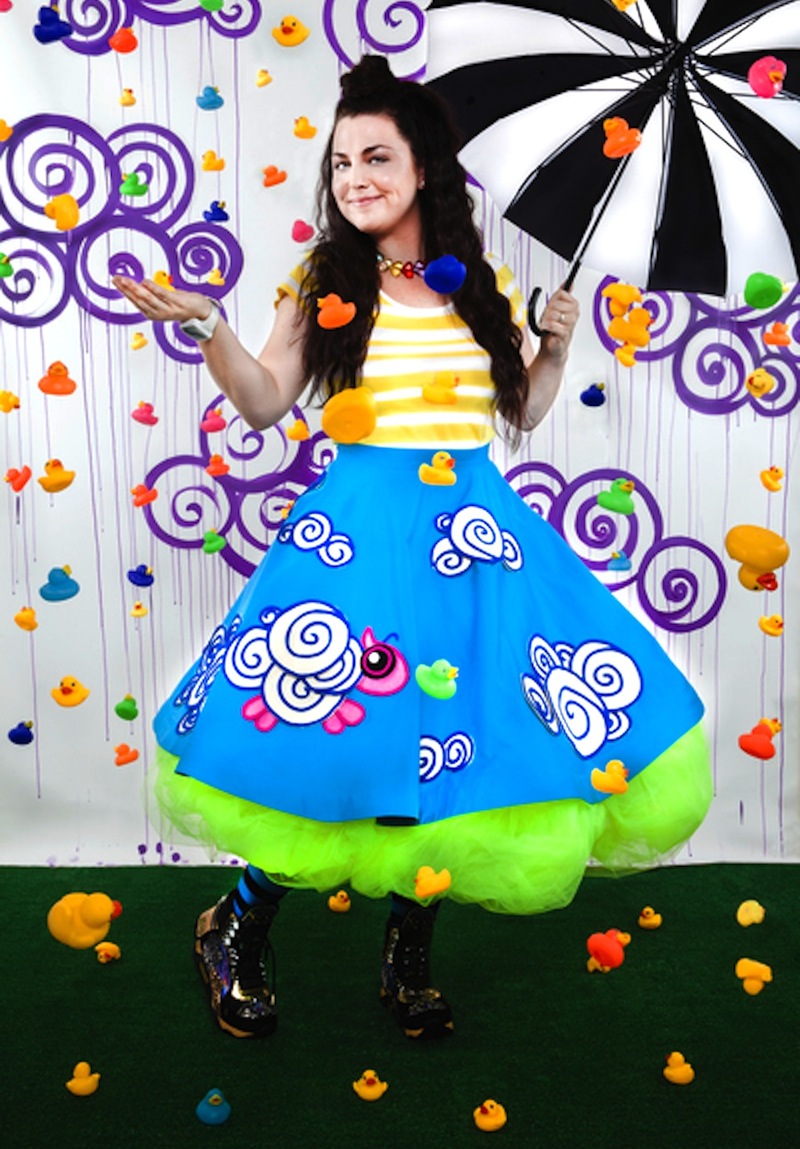 No one likes to be pigeonholed or put into boxes, especially folks as talented as Amy Lee. The Evanescencefrontwoman is best known for churning out emo anthems for the goth-inclined, including “Bring Me To Life”, “Going Under”, and “My Immortal”, so in all likelihood the last thing you would think to associate her with is “children’s music”.

Well, hold onto your wallet chains, because Amy’s got quite the surprise for you! Today, Amazon announced that the Grammy Award-winning vocalist is set to release a 12-track album of children’s songs available to stream via Prime on September 30. Amy says she was inspired to create the album – on which she collaborated with members of her own family – after the birth of her daughter, and her intention behind it is to encourage more families to sing together and bond through the power of music.

She says: “This album is very personal to me. My husband and I had our first baby in 2014 and he has been the center of the inspiration for this children's album. Every song on this album has a story – whether it's an original for our son based on his favorite things or a song my dad used to sing to me when I was a little girl. I can't begin to tell you how fulfilling this project has been and how proud I am to unveil it to listeners on Prime Music.”

Along with the announcement of the album, Amy also released the title track from it, “Dream Too Much”, which you can check out below to get a sense of what to expect from this seemingly unusual endeavor:

I have to say, this might be for the kids, but I think all ages could easily enjoy it! While the message is certainly kid/family-friendly, it’s a universal one and it’s delivered with Amy’s usual depth and soul. Somehow she was able to channel her signature aesthetic into a completely contradictory genre, without losing any of her edge or sounding awkward or cheesy. No easy task!

Dream Too Much is now available for pre-order on Amazon; those who do pre-order the album will automatically receive an MP3 download of the title track to enjoy until the full album becomes available on September 30.