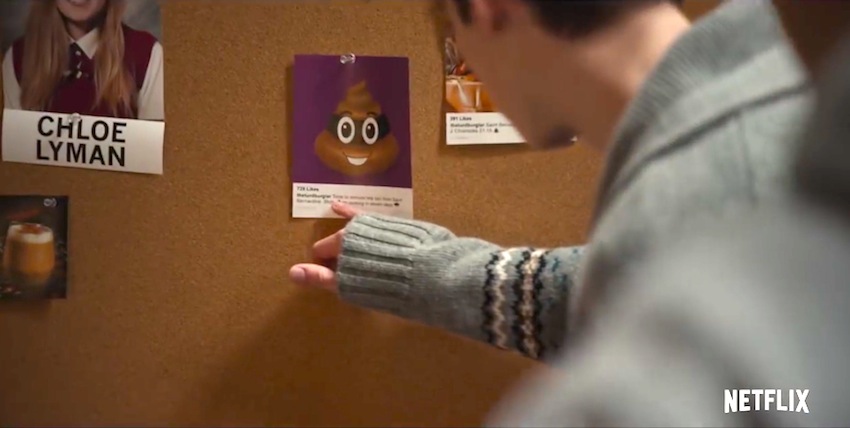 Who is the Turd Burglar? That’s what Season 2 of "American Vandal" will attempt to find out.

The first season of "American Vandal", a Netflix original mockumentary, focused on its own question: "Who drew the dicks?" "American Vandal" is, of course, a parody of Netflix’s own brand of true crime documentaries. Specifically, in Season 1, it seemed to be satirizing "Making a Murderer", a serious show that investigated the real-life story of a man who swore he had been wrongfully convicted by a corrupt justice system. "Making a Murderer" was a huge success for Netflix, and it still has me shaken about the final outcome. Therefore, it was a bit of a bold move for Netflix to make fun of one of its most popular series by exploiting the melodrama of it all. "American Vandal" was the result, and it's safe to say that Netflix knows how to laugh at itself.

The thing about "American Vandal" is that it's actually quite good as a standalone show. It succeeds as a satire, of course, but it also succeeds, weirdly enough, in pulling you in and causing you to take the question of who drew the dicks very seriously. In Season 1, sophomores Peter Maldonado and Sam Ecklund set out to make a documentary about a recent vandalism crime at their school. Everyone thinks senior Dylan Maxwell is responsible for spray-painting 27 penises onto staff members’ cars. Peter and Sam set out to prove otherwise. It sounds silly, because it is, but by the end of the series, you will be genuinely concerned about who drew the dicks, and what will happen to Dylan Maxwell. Clever writing, great characters, and a twisting storyline will have you hooked on a show that could have stopped at the point of satire, but instead became its own great series.

Season 2 of "American Vandal" will be available tomorrow (September 14) with a whole new crime to solve. This time, the Turd Burglar is a mysterious troublemaker at a Catholic high school who seems to have put laxatives in the school’s lemonade supply. Peter and Sam are back to lead the investigation. There’s some tricky fourth wall-breaking; in Season 2, the documentarians acknowledge the success of “their” show on Netflix. That’s what "American Vandal" is all about -- layered silliness and the invitation to play along with it. Mockumentaries are not a new concept, yet "American Vandal" makes it feel fresh, and I often forget that someone decided who drew the dicks in the writers room long ago. I say, let yourself forget. You can enjoy the new season for all its parody and winks to the audience, but also for the pure mystery and fun of watching 2 high schoolers try and figure out: who is the Turd Burglar? Tomorrow, we’ll find out.