7 Major Lessons We Learned From Watching 'Sierra Burgess is a Loser'! 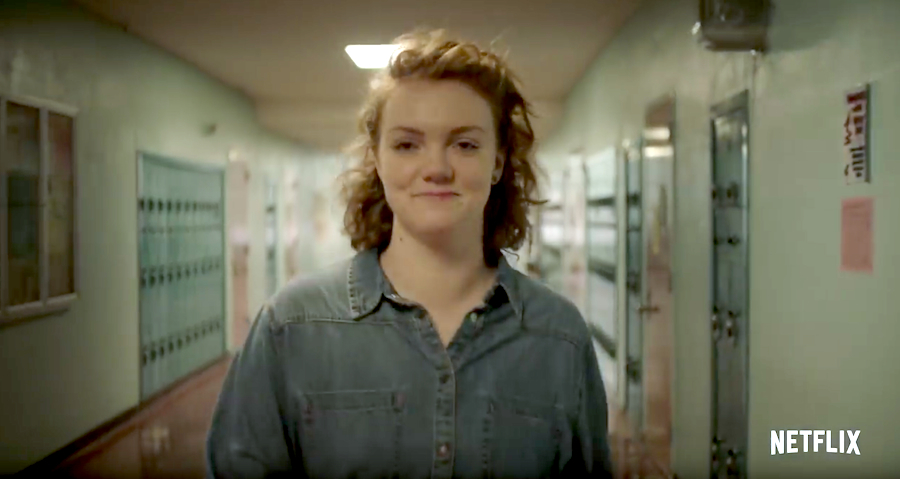 A few days ago, I finally got around to watching Netflix’s new rom-com hit, Sierra Burgess is a Loser, starring the icon herself Shannon Purser and teen heartthrob Noah Centineo. For those of you who are still living under a rock, let me give you a quick recap. The movie centers around Sierra (Purser), an awkward band geek who doesn’t really give a hoot about her appearance or what other people think of her, especially Veronica (Kristine Froseth), the mean cheerleader. One day, she gets a random text from Jamey (Centineo), our male lead, quarterback from the rival high school, who believes he is texting Veronica. As expected, chaos and catfishing ensues.

Let me just say, this film totally had some super cute moments. But, after viewing, I got to chatting with a friend about some of the more serious undertones and lessons that this film presented. Like I said, it had its cute and redeeming moments, but there is definitely a lot we can learn from it as an audience. Here are some of the most important takeaways I got from Sierra Burgess is a Loser...

This should go without saying, guys. If someone texts you out of the blue and thinks you’re someone else (*cough* Sierra Burgess *cough*), tell them they have the wrong number! Honesty is the best policy. It may have ~kinda~ worked out for Sierra and Jamey, but it doesn’t make it right and doesn’t mean you should do it. If you’ve already been having a good conversation that both of you are getting something out of, nine times out of ten, they’ll probably still wanna talk to you because you’re dope and funny and send really cool memes. Jamey didn’t like Sierra (who was pretending to be Veronica) just because he thought she was a hot cheerleader; he liked her because of the amazing conversations they had. If he had met her in person without the whole catfishing thing, he probably still would have fallen for her.

Get to know people before you make assumptions and act some type of way with them. The mean girl might have a rough home life, and the quirky “loser” might actually be really cool. You’re not any better than anyone else just because of how you look, dress, or who you hang with. I mean, just look at Sierra and Veronica! A mean girl is actually really struggling at home and at school. She hates on Sierra for being a “loser” when Sierra is actually really fun to be around. When they get to know each other, they realize they get along really well and aren’t as different as they thought. Just be kind always and get to know people for who they really are.

3. Don’t use a disability to get out of an awkward situation

Okay, no matter how awkward a situation may be, do not -- I REPEAT, DO. NOT. -- pretend you have a disability to get yourself out of it. Sierra pretending she was deaf so she wouldn’t have to talk to Jamey at the park? Not cool. Seriously, couldn’t she have just pretended she was The Little Mermaid and acted like she had just lost her voice? Or maybe just run away? Or pretended to get a phone call? There are so many options to get you out of something like that, and if you have a friend with you, they should help, let them help (um, hello Dan, HELP HER!!).

4. Talk things out with friends before running to social media

So many issues in life can be resolved by just one conversation. So, when you and a friend have a misunderstanding, don’t jump to social media to take out your feelings. Don’t subtweet, don’t post on your finsta, don’t hack their Instagram and post an embarrassing photo of them to their feed (Sierra, not cool). Just talk things out. The world of social media does not need to know your beef with someone. Be mature and resolve it, or it could ruin somebody’s life.

This applies to both life and love. Sierra wanted to go to Stanford and let herself take a chance and go after things and tried something new so she could boost her resume and get in. She took a chance on tutoring the mean girl. She took a chance on love (even though she did it in the wrong way). Let yourself be vulnerable. Open up and trust people. Love deeply and don’t close yourself off to love because it’s never worked out for you. Just sing “Take a Chance on Me” by ABBA to yourself over and over again and you should be good with keeping that mantra in your head.

6. Don’t compare yourself to others

In a time where our world seems to revolve around social media, it can be so easy to say to yourself “I wish I looked like that” or “I wish I had their life.” But, remember this: Your journey is your journey. You are uniquely you. In the words of Sierra Burgess herself, Shannon Purser, in our interview with her (above), “Somebody else’s light shining doesn’t make mine any dimmer.” Isn’t that just the best advice you’ve ever heard? Love yourself and all your flaws, because that is what makes you, you. Embrace it, be yourself, and the rest will fall into place.

7. Be true to who you are and don’t change for others

It’s simple, but it’s so, SO true. If someone likes you, they’ll want you for you. They’ll want to hang around you because they like what your personality has to offer! And when they stick around and like you for you, that’s when you know they’re worth your time. You shouldn’t feel like you have to change who you are or become someone you’re not just to get somebody’s attention and make them like you. The people that choose to love you for you are the people that you want to keep around.

Overall, it was a cute movie! It’s fun and relevant and has empowering moments sprinkled throughout. But the messages and lessons presented are the most important things that we should take away from this film.

Be sure to check out Sierra Burgess is a Loser on Netflix now!