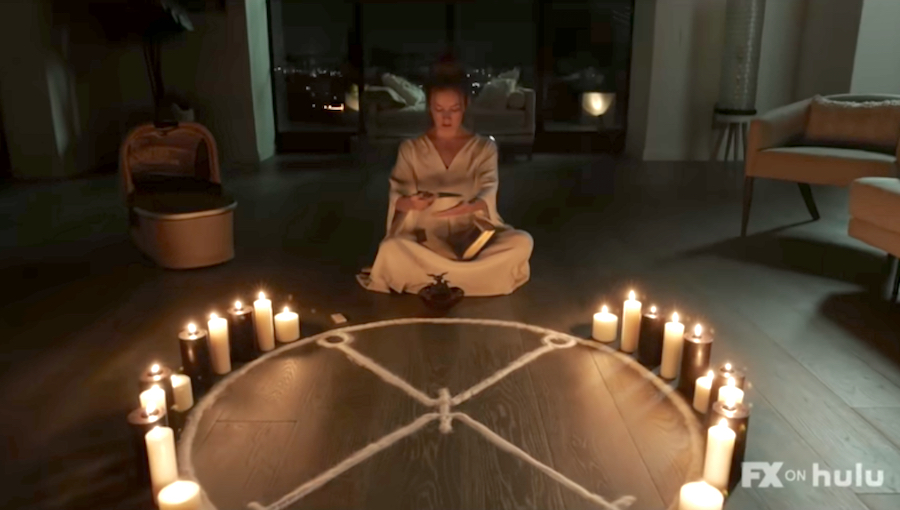 When it was first announced, no one knew what to expect from "American Horror Stories", except for more stories and more horror. Created by TV’s favorite horror duo, Ryan Murphy and Brad Falchuk, "American Horror Stories" is an anthology series with weekly standalone episodes. For the loyal fans of the OG "American Horror Story", the new spinoff series probably sounded like the dream. Each episode tells a new story based on a horror myth, legend, or the "AHS" universe. The first 4 episodes are now out on Hulu, and each story is indeed a scary tale on its own. As usual, Murphy included some famous names in the project, like Paris Jackson, Kaia Gerber, Aaron Tveit, Charles Melton, and Matt Bomer (a fan favorite from "AHS: Hotel").

The first 2 episodes are "Rubber (Wo)man Part 1" and "Part 2". With Rubber (Wo)man, the new series starts off as nostalgic for the "AHS" fans, as it is (1) set in the iconic Murder House from the first season of AHS, and (2) the "Rubberman" is a recurring theme from "AHS: Murder House" as well. The episode begins with an angsty teenage girl, Scarlett (Sierra McCormick), moving into the Murder House with her dads and soon losing herself in the darkness of the house. Scarlett discovers her violent nature in the house and gets revenge (a bit of an extreme revenge) on the high school mean girls who bully her -- she even starts dating one of the ghosts in the Murder House, Ruby, played by Kaia Gerber. Ruby is an intensely complex female character and her backstory is one of the most memorable scenes from the episode.

The Rubber Wo(man) story, with its teen drama element, gives "Scream" mixed with "AHS: Murder House" vibes, whereas the 3rd episode, "Drive-in", really sets the tone for the series. "Drive-in' starts off as a completely separate, stand-alone storyline that revolves around one of the most classic horror tropes: teenagers plan on having sex on a night that will end in terror. And the night definitely ends in terror. A horror movie called Rabbit, Rabbit -- that premiered years ago during a screening where the audience members started killing one another after seeing the movie -- is making a comeback at a drive-in in Los Angeles after being banned for years. The drive-in is packed with horror fans, including the teenage couple who are on a date, and one of the survivors from the night of the premiere who is trying to stop everyone from watching. The episode was legit scary — it’s been a while since I fully screamed at the TV — and the ending was shockingly ironic in the best way possible.

The latet episode that came out this week, "The Naughty List", is, first of all, hilarious and also a very contemporary take on the Santa Claus horror legend. The episode starts with the introduction of a content house called "Bro House". These creators upload a very problematic video on Youtube (a pretty obvious reference to Logan Paul) and have to deal with the aftermath of their channel going downwards during Christmas. The episode is a funny satire on the social media culture and influencers, but it is still an American horror story that will make you a little more cautious about what comes down the chimney!

Thank you, Ryan Murphy and Brad Falchuk, once again, for bringing us a series that you probably already knew we, the "AHS" fans, would get excited for every Wednesday night. So far, the episodes got me even more excited for the upcoming horror stories of the week!