Aly & AJ Ring In The New Year With a New Version of "Potential Breakup Song"! 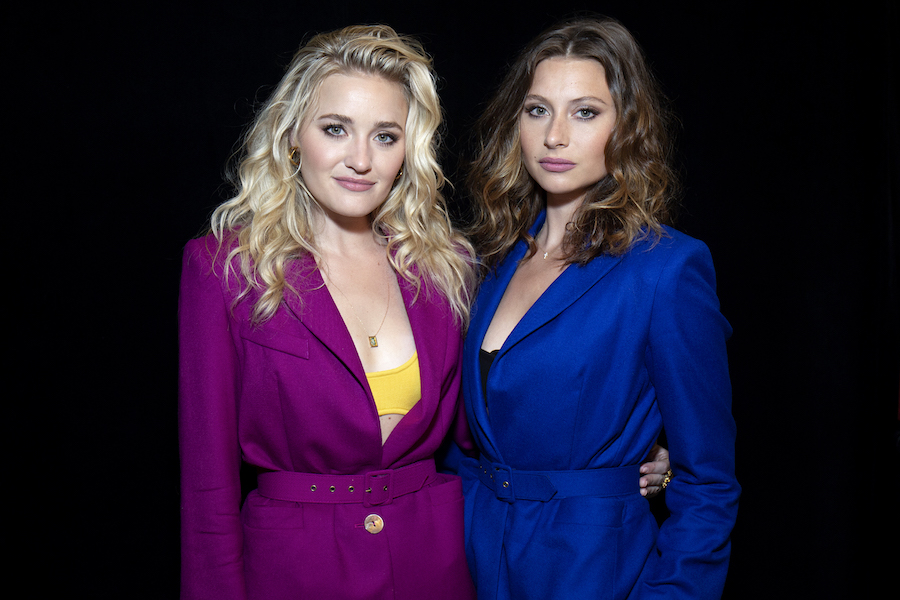 Raise your hand if you listened to Radio Disney growing up? I know your hand is raised because we all did, let’s be real. On Radio Disney and in-between shows on Disney Channel, you could frequently hearAly & AJ’s songs on repeat. "Like Whoa", "Chemicals React", "Rush", and "Potential Breakup Song" are some just to name a few. Plus, we can’t forget seeing Aly on "Phil of the Future" and the duo in Cow Belles. As a kid, these songs were forever on repeat on my iPod nano. My favorite song from the duo was "Potential Breakup Song" even though I definitely couldn’t relate to experiencing a breakup at the time. However, the song's beat was good enough to catch my attention and make it one of my favorites to this day. Over the years, I’ve always wanted an updated version, and now Aly & AJ finally did that.

On December 29, Aly & AJ released an explicit version of their hit Potential Breakup Song. The song still has the same catchy beat, but now with lyrics that their growing fanbase can relate to, which led it to reach #1 on iTunes in the United States.

Below you can find the changes compared to the original:

THEN: “Except for the fact it was my birthday / my stupid birthday”

NOW: “Except for the fact it was my birthday / my f*cking birthday;"

THEN: “Let me repeat that / I want my stuff back”

THEN: “Before you nearly, nearly mess up”

NOW: “Before you nearly, nearly f*ck up.”

Fans of the duo took it to Twitter to voice their opinions of the updated version of the song.

Aly and AJ added three (3) curse words to potential breakup song and yall are going wild for it...

and you know what me too let’s go pic.twitter.com/TUPFvwreFB

Aly & AJ even took themselves to Twitter to add to the hype surrounding the song's release:

When you hear fuck, shit, fucking in an A&A songpic.twitter.com/HAgc5PppAP

Do you think the updated version is better than the original? Did this make all of your childhood dreams come true?