4 Things We Love About Justin Bieber's New "Anyone" Music Video! 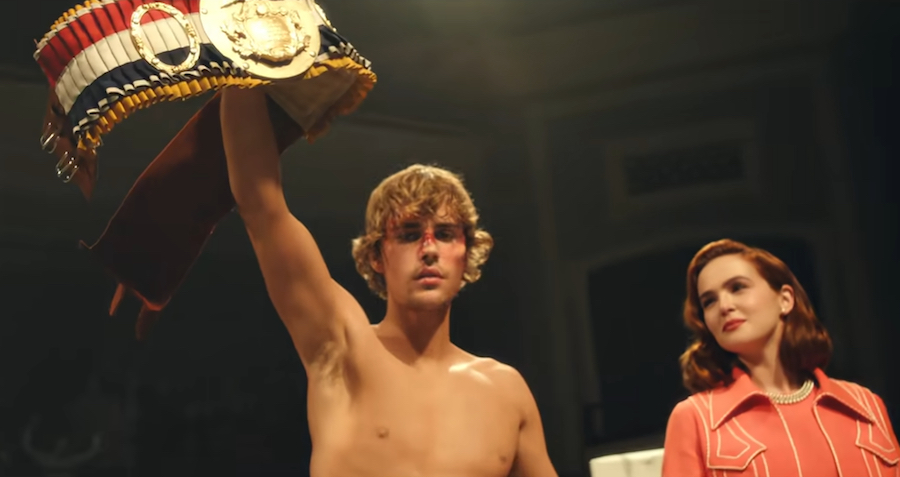 Justin Bieber gave us all a New Year’s Eve gift on Friday when he dropped his new song and music video for his new EP, "Anyone". Right as the ball dropped, the singer played this new song during his New Year’s Eve livestream event. After a long and hard 2020, Justin knew exactly how to cheer us all up and ring in the new year. This song and video are not only some of his best work yet (IMO), but, it’s a little different than his usual music videos.

Here’s a list of some of our favorite things from his new video!

Not only does he play Rocky, but he plays a really good Rocky. The music video follows him as he trains in his backyard, fights in the ring, and even drinks a cup of raw eggs just like the famous film boxer did. He can sing, he can act, he can write music… I mean, what can’t Justin Bieber do?

2. His famous tattoos are all covered up

For the first time in years, we get to see Justin completely tattoo-free! He posted to instagram while shooting the video with a time lapse of his extensive transformation. The before and after of the video make him look almost unrecognizable! Plus, this isn’t the only content for the music video on his social media — recently, the singer has been posting lots of content on his instagram from the shoot/video.

We love us some Zoey Deutch! In Justin’s new music video, "The Politican" and Set It Up star plays his love interest (even though the song is clearly aboutHailey). If he wasn’t happily married, I think a lot of people would ship them (including me). Not only are they both stunning, but they really brought theRocky-inspired video to life.

If you’re wondering what Hailey Bieber thinks about Zoey playing her hubby's love interest, don’t worry -- she’s just as much here for it as we are. In fact, Hailey took to her Instagram Stories to tell fans just how much she loves Zoey and to thank her for all her hard work on the new music video, saying “Need to say @zoeydeutch is a gigantic ray of sunshine and so incredibly talented. You are my queen!!”

Let’s hope we don’t have to wait until the next ball drop to see the Biebs's next music video!