What We're Most Eager To Learn From The New Lakers Docuseries! 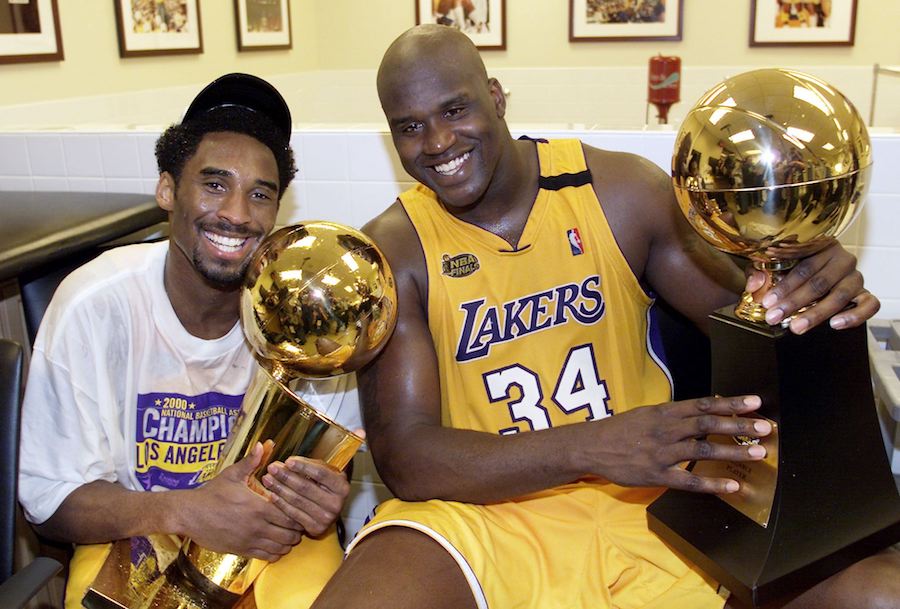 As you all know by now, I am a massive (and, let’s be honest, annoying) Los Angeles Lakers fan. Yes, I’m one of those people that cried when they won it all last year, as if their championship drought had persisted since the Hoover administration. But with the year we had, and the fact that Obama’s early years as President already felt like a very distant memory, I lost it. The team is just so special to me; I can’t really put into words why or how. They just are.

With that said, I admittedly fall short in the “Laker History Buff” department. I’ve really only been following the team for as long as I’ve been alive, and my knowledge of Lakers iterations before Kobe Bryant was drafted is left to be desired. So, when I heard that Hulu was planning on releasing a 9-part docuseries on the Lakers’ celebrated history to be released in 2022, I was beyond thrilled! These are just a few of the things I’ll be excited to learn more about when the time comes:

I’m not the only one who’s heard of George Mikan but has literally never seen a single highlight of him, right? We know so much about the Lakers/Celtics rivalry, the Showtime era, and, of course, the Kobe/Shaq dynasty and beyond, but what about BEFORE most people had televisions in their homes? The Lakers won 6 championships in Minneapolis, and I don’t know a damn thing about any one of them. I realize that the game has changed so much over the years that basketball from back then may look silly to these young eyes, but I would still be fascinated to learn more about where/when it all began.

2. The Beginnings of the Lakers/Celtics Rivalry and Its Evolution

Although the Lakers basically always came out on the losing side of the Lakers/Celtics contests in the Bill Russell era, I’m still interested to see highlights from those days, and how all that losing led to them acquiring superstar Wilt Chamberlain. Additionally, I’m eager to hear more about how the bitter rivalry would play out through the Magic Johnson/Larry Bird era, and then later in the Kobe/Pau Gasol days. Sports rivalries are always fun to watch, and this one is among the best of the best. Even though nowadays that rivalry isn’t as front and center in the basketball lexicon, there isn’t a diehard Lakers fan out there that doesn’t get a bad taste in their mouth when the Celtics come to mind. So, to get to see its origins and evolution in this series will certainly be a treat.

The chemistry of those ‘80s squads was off the charts, and the highlights speak for themselves. But how did it all come about? How did Jerry Buss’s vision of a more exciting, entertaining version of basketball come to be? Did all of the players of this dynasty – Johnson, Kareem Abdul-Jabbar, Kurt Rambis, James Worthy, Mychal Thompson, Jamaal Wilkes, Byron Scott, Bob McAdoo, and company – buy into this fast-tempo, flashy style of play all at once, or did it take some time to adjust? And were practices just, like, beyond amazing?? I’m excited to not only re-visit some of these glorious highlights but to learn what it was like behind the scenes as these players created some of the most memorable on-court plays of all time.

4. Was the Kobe/Shaq Tension as Prevalent as We Think?

Everybody loves those Kobe/Shaq teams, and for them to dominate as they did in the post-Michael Jordan era of the NBA is something that I think we all regret taking for granted, especially now that Kobe is no longer with us. I’m also interested in learning more about the Kobe/Pau Lakers, don’t get me wrong (especially the ’10 version that beat the hated Celtics), but Kobe Bryant and Shaquille O’Neal are two world-class talents that took the league by storm back in their day, both for their on-the-court greatness and their (alleged) off-court scuffles. Just hearing more about Kobe’s storied career in general would be such a gift, and I can’t wait to see who they interview for this portion of the series. I’m just sad that I was too young during this period of Lakers history to truly appreciate it while it was going on, but I’m happy that new life will be breathed into it now. And hopefully some of the nastier Kobe/Shaq-related rumors will be put to rest once and for all.

Even the Lakers fans (or, should I say, Kobe fans) that took a minute to warm up to LeBron James have, I’m sure, been pleased with the product that Jeanie Buss, Rob Pelinka, and staff have granted us over the last few years. Not only do the Lakers now have their 17th ring to show for it, but they also have a superstar in Anthony Davis, who is just now in the midst of his prime, and the highly-sought-after reputation of again being a top free agent destination moving forward. I’m curious what Lakers players and staff both current and past will have to say about what the future of the organization looks like, and how the team will continue to be the powerhouse they have been throughout the history of the NBA. Sure, there were some rough years in there – remember when the later Kobe years seemed like they would never end? – but if LeBron has anything to say about it, the Lakers will remain the cream of the crop for as long as the 6’9" point forward laces ‘em up. We can’t predict the future, but we can hope for the best, and the franchise’s plans in the post-LeBron era is something I really hope they address.

I cannot wait for this docuseries to come out next year. If it’s anything like "The Last Dance", I’m popping double the popcorn. Sure, those are lofty expectations, but if we know anything about the Los Angeles Lakers, expectations don’t faze them. In fact, this organization embraces the pressure. Bring it on!