From Disney World to Cancun: A Depressed Lakers Fan’s Journey 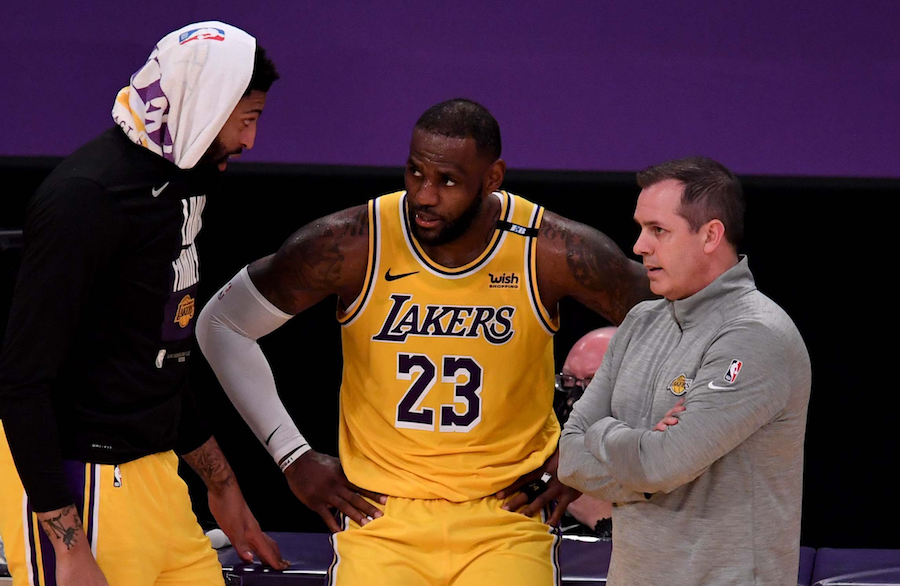 Wow. Gross. Okay, so, here we are. A year after the Los Angeles Lakers tied the Boston Celtics for the most championships of anyone in the NBA, they get knocked out by the baby, championship-less Phoenix Suns in 6 games. We couldn’t see them win it all live, and when we finally could see them again in person, they get booted before you could say “Nnow’s our time to really shine!” It’s been a few days, and I’m still feeling nauseous just thinking about it.

So, here’s what we’re gonna do, Lakers fans (and others who are probably just reading this to soak in my pain) – we’re gonna peel back all of the layers of this upsetting end and reckon with how we got here in the first place. How did the mighty fall so hard and so quickly? Consider this a therapy session of sorts. Don’t worry, this is a safe space.

For starters, the Lakers and the Miami Heat having mere weeks of rest from the time they competed in the Finals to the start of the next season was criminal. Both teams suffered first-round exits, not to mention plenty of injury/COVID protocol-related issues throughout the regular season. Clearly, A led right to B here. These players simply didn’t get enough rest, and the physical and mental consequences that they had to contend with were as plain as day. We know this, so I won’t go into it further. But that was just the first sign of trouble for the Purple and Gold...

The second was more insidious, but just as lethal – the lack of shooting options on the team, and the lackluster offense in general. I don’t know what it is about Los Angeles, but shooters somehow seem to forget how to put the ball in the hoop when they get here. Our offense left a ton to be desired, and while our defense was championship-caliber, clearly that wasn’t enough. I hope Rob Pelinka and company take a serious look around the league at the actual weapons they can surround LeBron James and Anthony Davis with. I know Dennis Schroeder and Kyle Kuzma have talent. They, among others, just didn’t show up when we needed it most. And that won’t be tolerated, especially when the "it was a crazy season"’ excuse fades into the wind with the championship parade that never was.

So, how do we move forward from here? Well, for starters, we can all form our collective prayer circles and send one up for LeBron and AD to fully recover from their respective injuries and perform up to their MVP-caliber selves in 2022. That’ll help a ton. Let’s also hope that one of either Damian Lillard or Steph Curry are willing to take massive pay cuts to take their talents to Los Angeles. Okay, let’s stop right there. Laker Nation, we need to slow our roll when it comes to those two. Does anyone realize how much cap space James and Davis take up? In technical terms, a whole bunch. Superstar shooters are pretty much out of the question for that reason. And yes, I know the thought of LeBron entering his age-37 season and being expected to carry as much of the load as he had to when Anthony went down during this past series is a scary thought. But let’s have some trust, people. If I were a betting woman (and I’m definitely not), I would bet on LeBron every damn time. And not just for his on-the-court play, but for his ability to know which pieces he needs around him to succeed and his willingness to collaborate with Anthony Davis and the front office to maximize the years he does have left.

Let’s think of the big picture here. Yes, we didn’t win it this year. And yes, we may have to watch the Clippers hoist that Larry O’Brien Trophy when all is said and done [shudder]. But come on, people, we’re Laker Nation. If you look at the history of the NBA since basically Pong was the talk of the town, you’ll see that the Lakers are and have been the best franchise of the bunch by a mile. So, let’s all just take a deep breath and focus on the Dodgers or something. What, they’re in third place in their division? Oh... well, there's always hockey and the Los Angeles Ki-- On second thought, maybe take a break from sports for a while. Just like a few weeks. We’ve been on this basketball roller coaster since what feels like the Spanish Flu pandemic, and now it’s over. And for those warming their fireplaces for a round of Pin The Jersey On The Burning Log, just remember – the players are upset, sure, but we’re a lot more broken up about it then they’ll ever be. Hell, LeBron and AD are probably partying it up in Cancun as we speak.

I know I know; it may take more than just reading this article to let the losing wounds heal. It sucks, I get it. I’m just as histrionic a fan as the next person, and I’m sort of unapologetic about it. But hey, they won last year, right? Speaking of which, I still want that stupid parade as much as anyone else, but our time will come, Laker Nation! We’ll get our moment in the sun (literally!) and the streets will be flooded with purple and gold as far as the eye can see! And we’ll celebrate doubly as hard because I doubt Donald Duck had any champagne on hand in the bubble last year. Can you imagine the joy we’ll all experience when our guys are crowned World Champs in front of us?! With zero COVID restrictions? Okay, I’m going to stop now. Must. Suppress. Sadness.

It’ll be okay, Laker Nation. We’ll make it through. This one was rough, but if you think about it, it wasn’t meant to be from the start. We’ll come back with a chip on our shoulder next year, and when that happens, the rest of the league better watch out. Banner 18, here we come! For now, fellow fans, enjoy your Summer. And p.s. the Dodgers will get their sh*t together too, I promise. Okay I don’t promise, but I am cautiously optimistic. Is that convincing? No? I’ll work on it...