7 DC Superhero Projects Coming to HBO Max to Get Hype About! 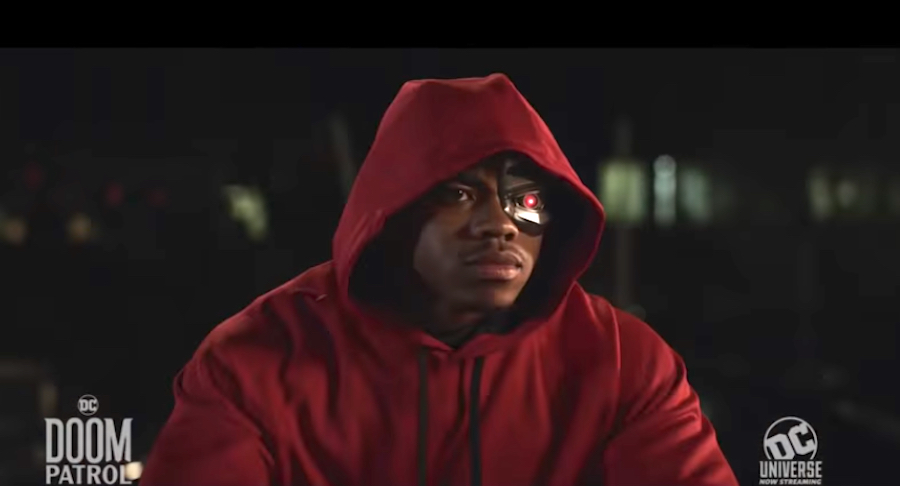 HBO is taking its content game to the max, and the new WarnerMedia streaming service looks to make a significant impact in the streaming wars. Bringing the best of the premium cable powerhouse's offerings is only the tip of the iceberg, with several other big name properties, like "Friends" and "Rick and Morty" also on the menu.

The fledgling service has a lot to offer at its launch today (May 27), but what it has in store down the road will really put it over the top. One reason many fans are eager to pledge their allegiance to the new platform is because of the exciting DC Comics adaptations slated to arrive exclusively to HBO Max!

Probably the most promising of all the DC-related projects is that of the "Green Lantern" TV series. Fans everywhere wish they could forgetRyan Reynolds's less-than-stellar cinematic endeavor, and ever since its release, the character has been due for a reboot. Now, Greg Berlanti, the mastermind behind The CW’s "Arrowverse", is spearheading the exciting affair, which, given that shared universe's fantastic reception with fans, bodes well for this bold ordeal. It’s unclear if Hal Jordan will be the centerpiece or if they will focus on other characters like Guy Gardner or John Stewart. Either way, with an HBO-sized budget, the chances of this Green Lantern taking off without a hitch look exceedingly good.

#HBOMax's Green Lantern Series is listed on Geoff John's 'Mad Ghost Productions' website and this confirms his involvement with the HBO Max series.
Also the 'GREEN LANTERN CORPS' movie is still in development.pic.twitter.com/qVyo83Xc20

The "Justice League Dark" series is just one of three projects J.J. Abrams has in play at the new streaming service. The producer/director will be bringing the Dark group of heroes to life on the small screen. In the comics, the primary members are usually John Constantine, Swamp Thing, and Zatanna, just to name a few. Details are being kept under wraps as the show is in the very early stages of development.

"Strange Adventures" is a DC hero anthology series that will offer HBO Max subscribers what has been described as one-hour morality tales involving characters from all over the DC library. Greg Berlanti, the godfather of the Arrowverse, will be helming this endeavor along with Sarah Schecter and "Gotham"’sJohn Stephens. It will be interesting to see which characters are chosen and what sort of "Strange Adventures" they embark on. One thing is for sure -- this is one series DC fans will not want to miss.

This lesser-known project hails from the comic book publisher’s adult-oriented brand, Vertigo Comics. The series will be a dystopian drama set in the future during another American Civil War. Rosario Dawson has been cast to lead the show, playing a medic searching for her missing son. Academy Award nominee Ava DuVernay is on deck to direct the first episode. From the enticing premise to the big names involved, there are quite a few reasons to get on board with "DMZ" when it arrives exclusively on HBO Max.

"Aquaman: King of Atlantis" will be an HBO Max exclusive and will flush out the world created in the blockbuster film. James Wan is set to return to the underwater kingdom for the family-friendly affair, this time in the executive producer position. The animated miniseries will feature three standalone stories that will follow a young version of Aquaman and his attempts to prove himself as the rightful leader of Atlantis.

"Doom Patrol"'s first season was a massive success on the DC Universe streaming service, and because of this, WarnerMedia has deemed it fit to take its talents over to HBO Max for its highly-anticipated sophomore run. Starring Timothy Dalton,Diane Guerrero, Brendan Fraser, and Matt Bomer, the series, featuring the group of superhero outcasts, is known for its edgy humor and intriguing storylines. Now that it’s making its way to become an exclusive Home Box Office draw, one can only speculate as to how much fun "Doom Patrol" Season 2 will be on HBO Max.

DC Superhero High is being developed as a comedy series that follows a group of students at an institution for gifted individuals. While navigating the difficulties of life, these unsuspecting teens have no idea they are destined to become iconic DC characters. This half-hour laugh-out-loud affair will be produced by Charlie's Angelsand Pitch Perfect director Elizabeth Banks. This isn’t DC’s first rodeo when it comes to reimagining properties for a high school environment. "Smallville" was a huge success, and given the fact that its headed to HBO Max signifies there’s a good chance "DC Superhero High" will get straight-As with subscribers.

HBO Max is now availble, so sign up today so you don't miss any of this great content!