7 Burning Questions We Have After Watching The 'Avengers 4' Teaser Trailer! 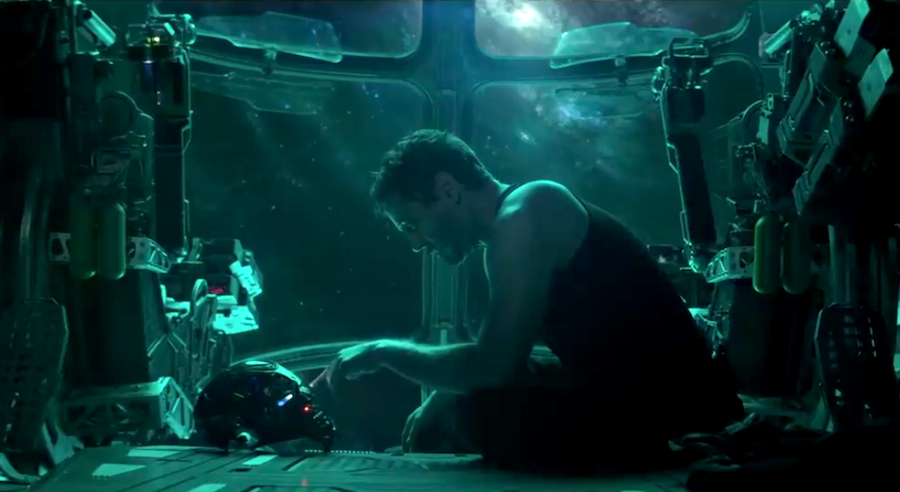 [WARNING: Spoilers and predictions ahead. Read with caution!]

Alright, Marvel fans. Let’s talk. If you’re like me and you’ve been in mourning since Avengers: Infinity War, you’ve probably been waiting for news on the next Avengers film since this past April. And everyone seems pretty tight-lipped on revealing any details. I’ve been waiting on ANYTHING, and it feels like the cast and the Russo Brothers just keep teasing!

We’ve been guessing at the name of this film for months (which fans had dubbed Avengers 4 or A4 whenever discussing it), but now we have an OFFICIAL title AND a trailer. All of this happening at once is really a lot to process.

Remember when they teased us with this tweet? Yeah, well, the film is called Avengers: Endgame. MANY fans guessed a while ago when the Russo Brothers first started teasing at titles but have denied multiple times that this would be it. Those LIARS. Anyways, onto the trailer!

First of all, it was SO rude with what they did to the Marvel Studios logo, making it dissolve away like that as if I’m not still scarred from the end of Infinity War.

Second of all, I have SO. MANY. QUESTIONS. Let’s lay these out...

In the trailer, we see Tony Stark (Robert Downey Jr.) floating through space on his own (since everyone else… ya know… disintegrated after The Snap™), leaving a message for his beloved Pepper Potts. He ran out of food and water 4 days ago, and will likely run out of oxygen by the morning. While I don’t think he will die in space, I do think there’s a strong possibility he could die, solely based off of one thing he says here: “Part of the journey is the end.” So, will this be the end of his journey?

For those that have been keeping up with all things Chris Evans, you’ll know that, on his last day of shooting Avengers: Endgame, he tweeted a rather heartfelt goodbye to the role of Captain America, which he’s been playing for 8 years. It kind of makes you think that this could be the end of the line (sorry) for Cap.

Officially wrapped on Avengers 4. It was an emotional day to say the least. Playing this role over the last 8 years has been an honor. To everyone in front of the camera, behind the camera, and in the audience, thank you for the memories! Eternally grateful.

Many fans have speculated that either Iron Man or Captain America will die, one of them sacrificing themselves for the other to mend their friendship after their huge fight in Captain America: Civil War. As for myself, I originally thought it’d be Captain America to die in this one, especially after that tweet from Chris Evans. But now, with what Tony says in his message to Pepper, I have a slight feeling that it could be him that dies at the end of it all. Not to mention, after the tweet from Chris Evans, Joe Russo suggested to USA Today that this may not be the end for the connection of Evans and Captain America. Hmmmm.

Who we see in the trailer: Iron Man, Captain America, Black Widow, Thor, Bruce Banner (Hulk), Nebula, Hawkeye, and Ant-Man. Those who survived The Snap that are NOT seen in the trailer: Okoye, M’Baku, Rocket, War Machine. Where are they?! Perhaps feeling too defeated to fight? Mourning? Who knows, but all I care about is that they all come back for the epic final battle (assuming there is an epic final battle).

4. Is Nebula with Iron Man?

We last saw both of them on Titan after The Snap, but Tony appears to be alone in the beginning of the trailer when leaving the message for Pepper. BUT we then later see Nebula place her hand on someone’s shoulder. Is that Tony? Are they stuck together on Titan? I NEED ANSWERS.

5. What the HECK is going on with Hawkeye?

One of the biggest criticisms on Infinity War from fans was the fact that Hawkeye (Jeremy Renner) was missing. Well, good news, he’s back! But he looks… well… like he’s seen some stuff. He honestly looks downright scary in the trailer, and I think Black Widow agrees. He’s also surrounded by a few dead bodies… and I’m kinda wondering if he was the one to kill them? I don’t know. All I know is that something doesn’t feel right about his return. Hopefully all will be well and good when we see the full movie, and he will help the team take down Thanos.

6. How did Scott Lang escape the Quantum Realm?

At the end of the trailer, we see Scott Lang/Ant-Man outside the Avengers headquarters, looking to be buzzed inside. Last we saw him (in Ant-Man and the Wasp), he was trapped inside the Quantum Realm after his buddies had flaked away after The Snap. How did he get out and get in touch with the remaining Avengers? Guess we’ll have to wait and see if that ever gets explained...

7. Is it already confirmed that Spider-Man will live?

We know that Spider-Man also didn’t survive The Snap, BUT his next film, Spiderman: Far From Home, is set to come out this July, AFTER Avengers: Endgame. It’s been said by Marvel chief Kevin Feige that Far From Home will take place just “minutes after” Endgame, so… does that essentially just confirm that Peter Parker will be saved and brought back somehow? I NEED TO KNOW. I can’t really imagine a film called Spider-Man: Far From Home NOT featuring Spider-Man. But I feel like this kinda spoils part of Endgame. I mean, if Spider-Man can be saved, ideally EVERYONE can be saved. Obviously, that’s what we would want to happen, but I wanted it to be a happy SURPRISE. Oh well.

Alright, I think that’s all the questions I have (for now). I’m sure as time goes on and we get more news, I’ll have more and more questions. And hopefully they’re all answered when this movie comes out. Honestly, I’m already planning on seeing it more than once just so I know I didn’t miss anything. So, what are your thoughts? What questions, theories, and predictions do you have after seeing the trailer? Do you like the title? Let us know!

Well, put on your brave faces and bring a box of tissues (or two). Avengers: Endgame comes to theaters April 26, 2019. This does put a smile on my face. BRING ON APRIL!