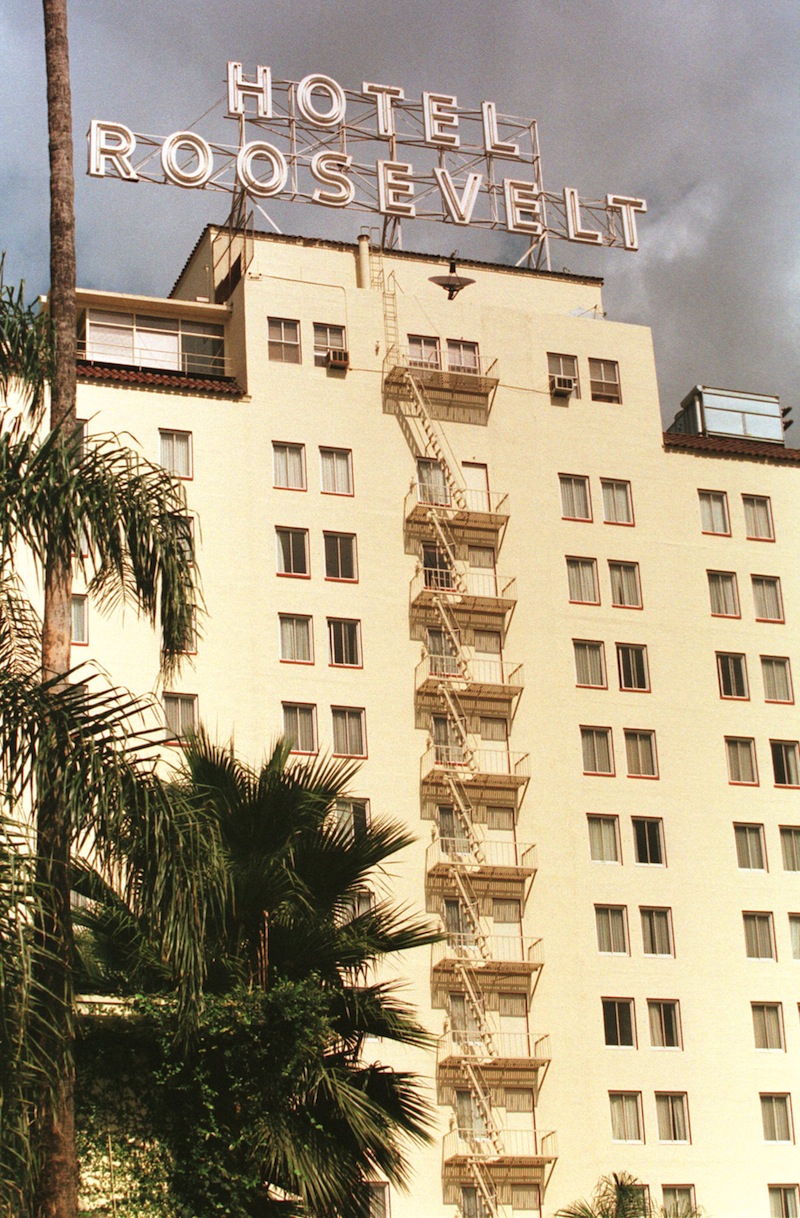 Here’s some creepy news for all you haunted house aficionados: Helen Mirren is set to star in a film about one of the trippiest haunted houses of all, the Winchester Mystery House. Simply titled Winchester, Mirren will portray the real-life Sarah Winchester, the widow of rifle mogul William Winchester, who built a house so insane it’s the crème de la crème of paranormal legends. After her husband and daughter tragically died, Sarah Winchester sought the help of a medium, who told her that her family and fortune were being haunted by spirits -- specifically the spirits of people who were murdered by Winchester rifles. In order to get rid of the spirits (who supposedly killed her husband and daughter), Sarah Winchester would have to continuously build a giant mansion for them. As long as construction on the house never stopped, the spirits would be appeased. So that’s exactly what Sarah Winchester did. She moved to Northern California where she began work on the never-ending Winchester mansion. Construction crews worked on the house endlessly, which ultimately resulted in 160 different rooms, including a seance room and a staircase to nowhere.

Today, the Winchester Mystery House is visited by numerous curiosity-seekers and is rumored to be quite haunted. Visitors have recounted hearing unexplained noises, feeling nauseous in certain areas, experiencing cold breezes, and even sightings of Sarah Winchester herself. While the House is about to become even more famous thanks to the new film, it’s certainly not the only haunted dwelling in America -- or even the creepiest -- that you too can visit. Here are just a few of the other spooky spots to put on your haunted bucket list:

Still an extremely popular hotel and nightlife spot in Hollywood to this day, the spirits supposedly haunting the historic Hollywood Roosevelt Hotel are just as iconic as the hotel itself.Marilyn Monroe, Montgomery Clift, and Errol Flynn have all been rumored to make ghostly cameos at the hotel, and guests have complained of cold spots and mysterious phone calls to the operator. No one is entirely sure why these stars have chosen to stay here, but they seem to be friendly, so this one is worth a visit if you want to try to get a picture with a famous ghost!

Literally described as America’s Most Haunted Hotel, the 1886 Crescent Hotel & Spa is known for the many guests who have checked in -- but never checked out. Among these include: Michael, a construction worker who worked on the hotel; Theodora, a cancer patient; Norman Baker in his lavender suit; and Morris the cat, among many others. Guests who have stayed at the hotel have noted hearing strange noises and suddenly feeling cold. The hotel has embraced its haunted legacy, hosting numerous ghost tours and even an ESP weekend where mediums attempt to communicate with the many ghosts. The hotel recently posted this creepy video to prove that they are home to ghosts.

In 1876, the Lemp family moved into the mansion. Adam Lemp, an immigrant from Germany, was the patriarch of the Lemps and became a successful brewer. His brewery was passed down from son to son, until one son fell ill. His father was despondent and ended up killing himself. From that point on, the Lemps were hit with tragedy after tragedy, and they dealt with each one by committing suicide. There is even one unofficial Lemp who haunts the attic -- an illegitimate son of one of the Lemps who was known as “the monkey-faced boy”. Today, the Lemp Mansion is a restaurant that hosts ghost tours and murder mystery parties. If you tour the mansion, you may just run into one of the ill-fated Lemps...

For those of you who have seen “American Horror Story: Coven”, you are already familiar with the grisly tale of Delphine LaLaurie. For those who have not, allow me to tell you a tale. In 1832, Dr. Louis LaLaurie and his wife, Delphine, moved to New Orleans where they quickly became ingrained in the social scene. Respected for their wealth and prominence, Delphine and her daughters only wore the finest clothes and went to the finest parties. Delphine quickly became revered for her beauty and charm, and guests adored her and her lavish home. However, little did they know that, underneath her fair facade, a monster lurked. Delphine was notoriously cruel to her slaves -- she kept her cook chained up in the kitchen and even pursued a little girl to the top of her roof, who jumped and fell to her death. One night, a fire broke out in the mansion (no doubt started by the cook), and as firefighters and the police descended on the scene, they found a grisly sight behind a door in the attic. Numerous naked slaves were chained to tables, trapped in cages, or hung from shackles. One woman had animal excrement stuffed in her mouth and her lips sewn shut. Another had her arms and legs removed, while a man had a hole drilled in the back of his head so as “to drill his brains”. Another woman had all of her limbs broken and set at strange angles so she moved like a crab. Most slaves were already dead, but a few still hung on for life. Once they were discovered, the LaLauries left their home and were never seen or heard from again. Today, you cannot tour the actual home (it’s privately-owned) but you can go on a ghost tour that passes right by it. If you listen carefully, you may even hear a scream from one of the spirits inside...

Having actually visited the Queen Mary (including some of the most haunted spots on the ship), I am fairly certain that it might be haunted. Now permanently docked along the shores of Long Beach, CA, the Queen Mary was even more impressive than the Titanic. The ship took her maiden voyage in 1936, and for three years the wealthy and fabulous including Clark Gable and Greta Garbo wandered its luxe halls. However, once WWII hit, she became a warship, even participating in D-Day. After more than 1,000 transatlantic crossings, she was retired in 1967. Today, the Queen Mary is a posh hotel -- and quite haunted. There are rumored to be over 150 ghosts enjoying the afterlife on deck. Interestingly, there were only 49 reported deaths on the Queen Mary, so I’m not entirely sure where the other 101 ghosts came from. Numerous unexplained occurrences have taken place in the ship’s engine room, pool room, and first class saloon, including distinct knocks, smells, and extreme changes in temperature. I have actually experienced the strange drops in temperature upon the Queen Mary, as well as the eerie feeling that something -- not someone -- was following me...

What is one of your favorite haunts?