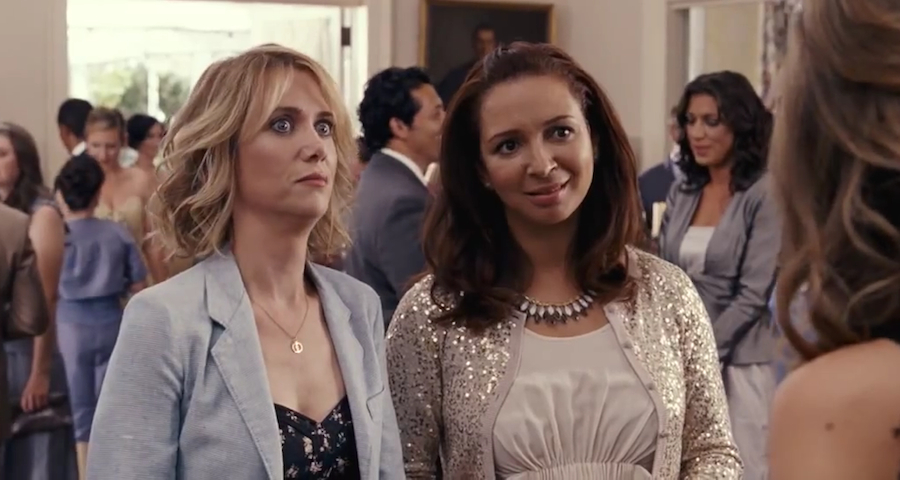 When a movie sends you into a fit of giggles, or even simply causes you to ignore your phone for more than an hour, then it’s considered seriously special. When these comedy miracles come along, we get greedy and want more, because one really isn’t enough. Here is a list of funny movies that left us wanting more!

Many die-hard Ghostbusters fans are wondering if the iconic gang will answer the call for a second installment. The idea of a Ghostbusters reboot was met with mixed reactions, but in general, the powerful female-driven comedy received great reviews. So rarely is a film ever as scary, funny, and action-packed than this monumental reboot. So, fingers crossed we see our favorite funny ladies back in those stylin' suits soon!

It’s hard to believe it’s been six years since this mega movie hit theaters. It seems like it was only yesterday when Kristen Wiig and Maya Rudolph were belting out Wilson Philips jams and making us laugh-cry. For a while, there was buzz of a second installment happening, but conversations have since fallen silent. If another Bridesmaids movie isn’t in the cards, we would at least like Wiig to start pumping out more comedies!

Melissa McCarthy stars in a plethora of hilarious comedies (including the previous two on this list), but this specific funny movie has the potential to produce a seriously funny sequel, or even a whole franchise. McCarthy’s character, Susan Cooper, needs another adventure. At the end of the movie -- spoiler alert! -- she becomes an official spy, so it would be fun to see her take on an official mission. Jason Statham and McCarthy are the most surprisingly funny comedic duo, and we need them back together.

Two years ago, Amy Schumer released this subversive romantic comedy. Typical rom-coms don’t show us what happened after the happily-ever-after, but in the case, we’re dying to know. Are Aaron and Amy still together? Did Amy become a Knicks dancer? Will we ever know the answer to these burning questions? Until then, we can get our Schumer fix in her upcoming comedy Snatched that premieres this May.

The Edge of Seventeen

Dubbed "the new Mean Girls", Edge of Seventeen certainly lived up to its hype. Hailee Steinfeld shined as a lovable loser in this refreshingly honest high school-centered movie. Steinfeld’s character, Nadine, is uber relatable as she navigates the awkward absurdities of teenagehood. So, sometime in the future, we need a life-and-love update on Nadine and the gang.

How To Be Single