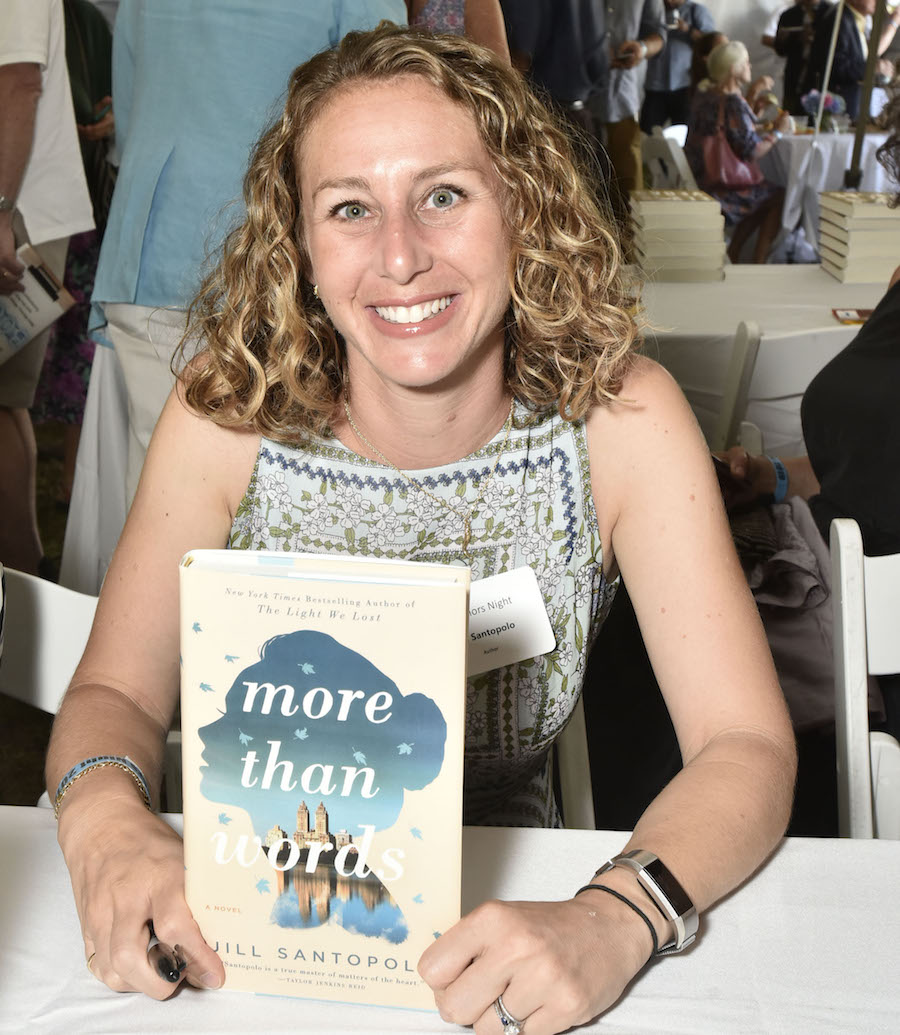 If you’re looking for some more light-hearted reads during this time, we completely understand. Which is why these books are great to get lost in on a rainy day, or from your backyard with a blanket in the sun.

1. The UnHoneymooners by Christina Lauren

I am sure we all wish we were vacationing on a beautiful beach in Hawaii right now, but since we can’t, we might as well live vicariously through characters in books.

This story follows Olive, who always has bad luck, until her sister’s wedding day where everyone but her and Ethan (the Best Man) get sick. This results in the two having the chance to take what was supposed to be her sister’s honeymoon to a beautiful all-inclusive resort in Hawaii. Here the two have to pretend to be newlyweds, where Olive may realize she actually doesn’t mind pretending.

Obsessed with all of your photos of THE UNHONEYMOONERS ?? Featured here are just a few! How amazing is this cover art and spine? New @christinalauren goes on sale May 14th! . . . . #gallerybooks #bookstagram #theunhoneymooners #christinalauren #romcom #romcombooks #romancebooks #bookstagrammer #bookcover #bookrecommendations #bookcommunity #newrelease #2019books

A post shared by Gallery Books Group (@gallerybooks) on

2. More Than Words by Jill Santopolo

There’s nothing better than a book that has you hooked after only a couple pages in.

More than Words is the story of Nina Gregory, whose father is the owner of New York City’s glamorous Gregory Hotels. Nina has always followed the rules, been a loving girlfriend, and a dutiful daughter. But when her father passes away sooner than expected, she begins to question her future and her role in the family business.

#MoreThanWords by @jillsantopolo is out in paperback today, and better way to celebrate the beginning of February than with this romantic book! Nina Gregory finds herself at a crossroads after the death of her father, and caught between the love of two men in this emotional novel about grief, loss, love, and self-discovery. ?❤️✨??? #newrelease #romantic #currentlyreading #amreading

3. The Wedding Date by Jasmine Guillory

It wouldn’t be a romance novel without a meet-cute, and this one involves getting stuck in an elevator together.

After Drew and Alexa meet under unusual circumstances, she agrees to be his date to his ex’s wedding. What follows is a fun and flirty weekend adventure that, after it’s all over, leaves them wondering if they want more.

Today’s mood: when you order delivery and receive two forks with your order, but really you’re just one person, eating alone. ??‍♀️

4. The Hating Game and 99% Mine by Sally Thorne

Sally Thorne’s debut novel The Hating Game could not be read fast enough, and her second novel 99% Mine was just as good.

If you love a passion-filled, fun, and modern-day romance, these two are for you. The Hating Game shows that hate may be turned into passion, when two rival co-workers find their way into an unexpected romance. 99% Mine is the story of reunited love. At 8 years old, Darcy found the love of her life, her brother’s best friend, which means he is off-limits. Years later, they are reunited and may finally have their happy ending.

Start your year off with a little romance ? From Sally Thorne, author of The Hating Game, comes an LOL worthy rom com about two twins, a surprise inheritance, and the sexy best friend who gets in the middle. Coming 1/29! #romanticcomedy #bookish #bookstagram #thehatinggame #99percentmine #sallythorne

5. Conversations with Friends by Sally Rooney

Sally Rooney is the modern-day Jane Austen. She has a beautiful style of writing that is also shown in her storylines.

Conversations with Friends is the story of two friends who become involved with an older couple, having affairs and a summer that can’t be forgotten.

6. The Futures by Anna Pitoniak

This romance follows the lives of two people questioning whether they are meant to be together. We see the ups and downs of their romance over the years until finally they must decide whether it is true love after all. A relatable story for all people who are young and in love.

tag a college graduate because this book is very applicable to their lives now! ?????|| ?: @teejayhobz #bita #booksintheair #thefutures #collegegraduation "Julia and Evan fall in love as undergraduates at Yale. For Evan, a scholarship student from a rural Canadian town, Yale is a whole new world, and Julia--blond, beautiful, and rich--fits perfectly into the future he's envisioned for himself. After graduation, and on the eve of the great financial meltdown of 2008, they move together to New York City, where Evan lands a job at a hedge fund. But Julia, whose privileged upbringing grants her an easy but wholly unsatisfying job with a nonprofit, feels increasingly shut out of Evan's secretive world. With the market crashing and banks failing, Evan becomes involved in a high-stakes deal at work--a deal that, despite the assurances of his Machiavellian boss, begins to seem more than slightly suspicious. Meanwhile, Julia reconnects with someone from her past who offers a glimpse of a different kind of live. As the economy craters, and as Evan and Julia spin into their separate orbits, they each find that they are capable of much more--good and bad--than they'd ever imagined. Rich in suspense and insight, Anna Pitoniak's gripping debut reveals the fragile yet enduring nature of our connections: to one another and to ourselves. THE FUTURES is a glittering story of a couple coming of age, and a searing portrait of what it's like to be young and full of hope in New York City, a place that so often seems determined to break us down--but ultimately may be the very thing that saves us."

A post shared by Books In The Air (@_booksintheair_) on