5 Ways to Celebrate One Direction Month! 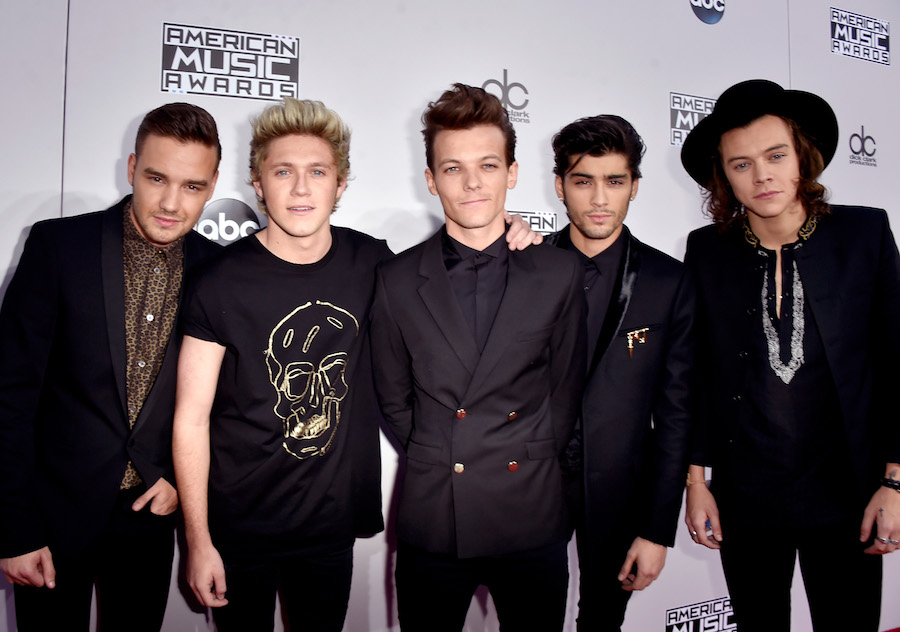 The month everyone has been both dreading and anticipating is here…One Direction Month!

On July 23, the universally adored boyband, comprised of Harry Styles, Niall Horan, Louis Tomlinson, Liam Payne, and Zayn Malik, will be celebrating its 10-year anniversary. So much has happened in these 10 glorious years—albums blessed with heavenly harmonies, endless goofy moments that made us laugh like crazy, multiple heartaches (March 25, 2015, anyone?), and fun concert memories we’ll cherish forever. Of course, stan Twitter is in chaos trying to figure out whether the boys will get back together for a short Zoom call or announce their highly-anticipated reunion tour. To top it all off, the guys have been acting quite cryptic... hmm, interesting.

Nevertheless, One Direction’s 10-year anniversary is special and an emotional time both for old diehard fans who’ve grown up with the group and for new fans who never really experienced the prime of the British-Irish stars but still love them with all their hearts. Whether you’ve been a Directioner since 2010 or 2020, here are 5 fun ways to celebrate 1D Month!

1. Staring at our phones in case the boys continue to Tweet conspicuous things (no, seriously)

It’s a known fact amongst stan Twitter that the One Direction boys aren’t super active on social media, so it’s always exciting and a big deal when one of them tweets. On July 1, Liam tweeted a screenshot of an incoming Facetime call with Harry, and fans lost their minds. He captioned the picture with, “How’s it going?” Um, sir, how do you think it’s going? We’re crying, and Twitter stans responded how they always do—with memes telling Liam to stop playing with our emotions like that. The tweet sparked rumors that the boys are planning a Zoom call or something big on July 23, and the “Strip Me Down” singer wanted to keep us on the edge of our seats. So, turn all of their post notifications on and keep your eyes glued to your phones, because it’s going to be a wild few weeks!

What do you love most about stan Twitter? Their aesthetically pleasing account layouts? Their deep dedication to supporting their favorite artists? Well, our personal favorite part is the listening parties! Every fandom hosts them often, but the Directioners have been passionately streaming 1D’s iconic discography. If you can’t find an active listening party at 2am when you’re in your feelings, host one yourself (and invite us, too!), There’s never a wrong time to blast “Best Song Ever” and “Girl Almighty”.

Raise your hand if you never got to meet One Direction.

Yeah, same! But one special way to celebrate the five talented heartthrobs is to throw a themed party with cutouts, Louis’s face on cupcakes, and Niall on those plastic cups sold at Walmart! Invite your friends -- while social distancing, of course -- and go crazy, crazy, crazy, ‘till we see the sun! Or you can turn up the volume and dance in your room, it’s your choice!

ok but who wants to go to a One Direction party with me pic.twitter.com/LQmeA32Tk3

4. Watch compilations of interviews, music videos, and fun concert memories to prepare ourselves for a possible reunion tour

We know it sounds crazy, but there’s good reason why everyone believes an upcoming tour announcement will be made. In an interview with MTVUK posted on TikTok, Liam said, “We are planning a couple of things. I can’t say too much because I think everybody wants to keep it secret for now.” Keep WHAT a secret?! He also went on to say that they’ve all been talking to each other and that the “lines of connection” are back and open which is incredible news!

this is literally confirmation that we are getting something july 23rd pic.twitter.com/Z7Z4bfCcvH

Just in case, stop binge-watching that show on Netflix and go straight to YouTube and cry over fetus One Direction interviews and music videos. It’s nearly impossible to watch interview highlights from 2011-2015 and not break down. Oh, the nostalgia! While plenty of fans have been lucky enough to attend one or more of their four tours, some hardcore Directioners never got that chance, and there’s hope those fans will finally be able to go crazy at a concert. If you were never able to see Harry’s shiny locks or hear Zayn’s angelic voice in person, watch concert compilation videos and prepare yourself… just in case!

Here, we'll get you started:

5. Watch their "X Factor" journey on repeat and cry, a lot

These 10 years have been a rollercoaster full of tears, smiles, and laughter along the way, and it’s easy to forget where it all started—"The X Factor". Harry, Niall, Liam, Louis, and Zayn came from nothing to something, from the bottom of the stairs to the top of the world, as Directioners might put it. Although the boys came in 3rd place, they became #1 in millions of fans’ hearts, and we’ll never be able to thank them enough for it. If you want to feel like a proud parent and cry even more, sit down and re-watch their auditions and performances on the show.

Despite One Direction’s 5-year hiatus, which kickstarted their successful solo careers, millions of fans have stuck by the boy band, including us at Young Hollywood. Even if the boys continue their solo careers and don’t embark on a reunion tour or announce a new album, we’ll still be celebrating 10 years of One Direction!