What the Cast of 'Hamilton' Are Up To Now! 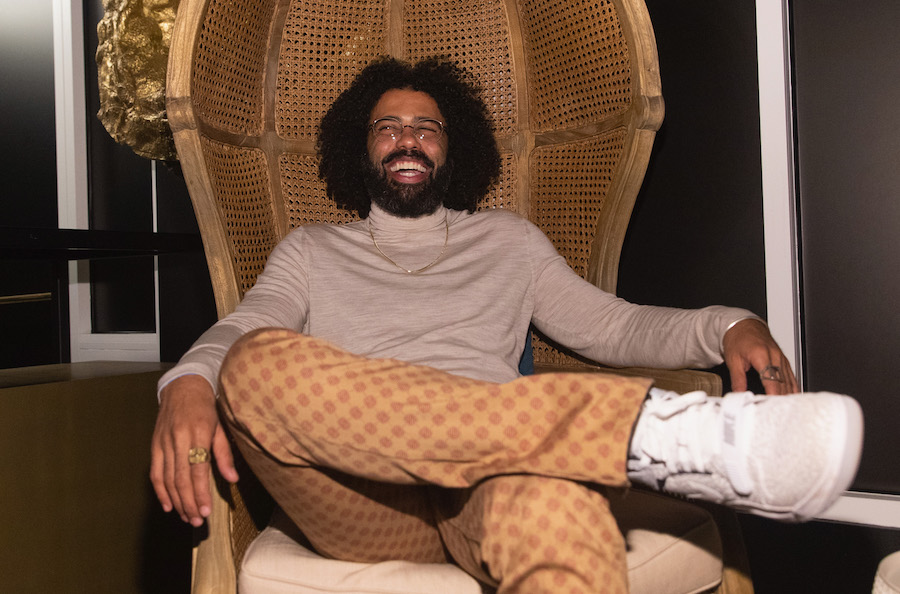 After having to wait for it for a seriously long time, the moment has finally come. Today (July 3), we can all be in the room where it happened as Hamilton, performed by the original Broadway cast, hits Disney+.

While the show has seen an incredible run, including major cities like Chicago closing just earlier this year, it’s been four years almost to the day since the original cast of Hamiltonperformed their final show together. And in those four years, each member of the cast has kept busy. So, in honor of seeing them all together again on-screen this weekend, let’s check in with what some of the actors have been up to in post-Hamiltonlife!

Though the song “Non-Stop” referred to Alexander Hamilton in the show, it’s also particularly appropriate for the man who played him. Lin-Manuel Miranda is pretty much always working on a new project.

Since playing Alexander Hamilton, LMM has done a whole lot of projects with Disney. In tandem with his exit from Hamilton in 2016,Moana dropped. From there, Miranda did Mary Poppins Returns and lent his voice to Gizmo Duck in "DuckTales". He was even spotted in last December's Star Wars: The Rise of Skywalker -- Did you catch him? Look closely when the rebels are celebrating their victory at the end of the film... Not only did Miranda make a cameo in the film, but he also created music for it.

Now, Miranda’s been working on the music for Disney’s live-action adaptation of The Little Mermaid. He also revealed recently that he’s working on another animated film for Disney. Basically, he’s become a Disney King. Though let’s not forget that the movie adaptation of his musicalIn The Heights is also hitting theatres soon.

Seriously, the man is non-stop.

Like her on-stage brother-in-law, Renée Elise Goldsberry has also lent her voice to a Disney project, playing Dhahabu on "The Lion Guard". But outside of that, Goldsberry has taken on some darker projects. She played the wife of an undead mad scientist in The House With A Clock In Its Walls and starred as Quellcrist Falconer in "Altered Carbon".

But most recently, Goldsberry has returned to her musical roots, as Ava in NBC’s new hit show "Zoey’s Extraordinary Playlist".

And if we haven’t yet, allow us to now issue an official THANK YOU SO MUCH to NBC for making THAT happen.

Aaron Burr, sir, has done quite a bit since exiting Hamilton, most notably appearing in 2017’s Murder On The Orient Express. Beyond his on-screen projects, Leslie Odom Jr. has also returned to his music, dropping a Christmas album in 2017 and an album full of original music in 2019.

But the best part? Leslie Odom Jr. will be on our screens weekly again soon. Freeform has officially ordered “Love In The Time Of Corona” – because really, it was only a matter of time before we got a show based on COVID-19. The limited series will star Odom Jr. alongside his real-life wife Nicolette Robinson and is set to premiere in August, as it will be filmed remotely, using homes of the stars as the backdrop to the stories.

SinceHamilton, Phillipa Soo has remained a fixture on Broadway. She went on from playing Elizabeth Schuyler to take on the titular role in Amélie, followed by a run in The Parisian Woman.

Off-screen, Soo has gotten into the world of animation. Teaming up with her former on-stage husband, Soo served as an additional voice on Lin-Manuel Miranda’s Moana. This Fall, Soo has a new animated feature dropping on Netflix, titled Over the Moon. Check out the trailer below!

Sometimes all you need is a bit of belief and a very cute bunny sidekick. Over the Moon lands this autumn ? pic.twitter.com/ki3Et7bxd0

After his turn as John Laurens and Philip Hamilton in Hamilton, Anthony Ramos easily made the jump to screen and headphones. He starred in Spike Lee’s She’s Gotta Have It as well as “Will & Grace” in 2018, then went on to star in the latest remake of A Star Is Born. Last year, Ramos dropped his own album, titled The Good & The Bad. Next year, Ramos will return to our screens, starring as Usnavi in the movie adaptation of Lin-Manuel Miranda’s In The Heights.

Like her fiancé, Cephas Jones made the jump to screen, primarily sticking to movies. She starred in three movies that dropped in 2018, along with “Mrs. Fletcher” on HBO, and joined in the launch of Quibi, starring in the platform’s series “#FreeRayshawn".

Not only does Diggs have his own series in “Snowpiercer” now, but he also has more projects coming, including two Disney films. He’ll voice Sebastian in the upcoming live-action Little Mermaid and Paul in Pixar’s highly-anticipatedSoul.