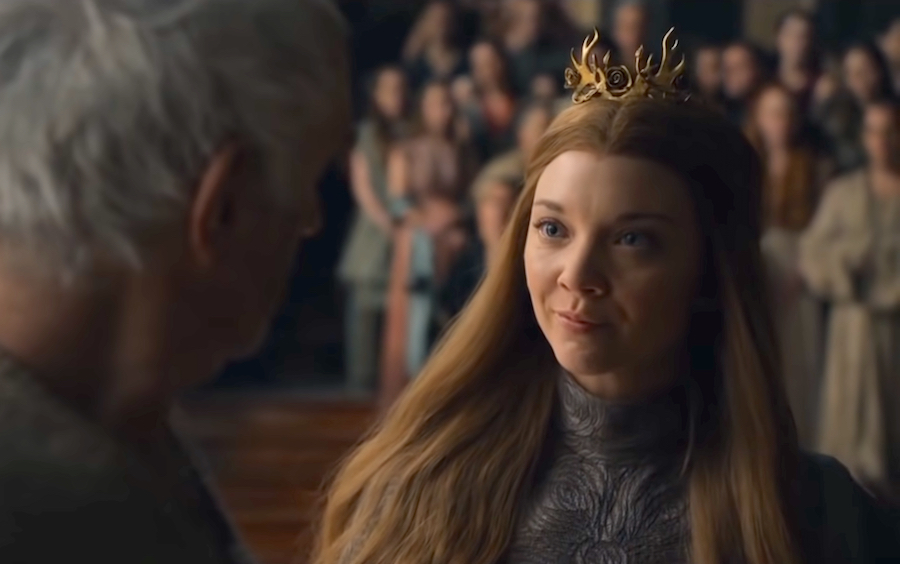 Sometimes, a villain inevitably becomes much more interesting than the main character -- and that’s a fact!

While some of them might get to redeem themselves or find a “happy” ending, the truth is that, sadly, some of our favorites are doomed to tragedy. That doesn’t mean we can’t cry them, though. So here’s our list of 5 underrated female villains that totally deserved better!

We don’t know how she did it, but she held a special place in the fans’ hearts despite all the scheming, manipulation, and betrayal!

By now, it’s pretty obvious that no one stayed dead on "TVD" for long, but the technically immortal Katherine Pierce had the misfortune of dying twice – and it still hurts! In the series finale, she came back for her last round against the Salvatore Brothers, and it took Stefan to sacrifice himself to finally get rid of her. The cause of death? Infernal fire, which means it’s very unlikely that we’ll get to see her again in any of the many TVD spin-offs.

Whether it’s “The Survivor”, “The Safest Bitch in Town”, or “Queen of Hell”, Katherine’s nicknames throughout the show were fairly earned and will be remembered long after she’s gone!

She wasn’t technically a villain, but Margaery proved herself a badass antagonist multiple times during her time in HBO’s “Game of Thrones”. She didn’t kill or torture anyone, yet her power and influence never ceased to slow up until we had to say goodbye to her in Season 6.

Instead of using swords, Margaery liked to use words and smiles to charm her enemies. She was so good at pretending that she managed to fool the entire kingdom into thinking she was a compassionate, selfless queen – well, at least everyone but Cersei, who could see right past her façade.

There can’t be two queens, and so Margaery was shockingly murdered by Cersei in a chaotic explosion of wildfire (Fire again? Is this a pattern?) at the end of the season! However, we can’t really complain about her death, since she died the way she lived: being the smartest person in the room.

Despite not having any magic or supernatural powers, Bela Talbot really became a challenge for the Winchester brothers during her time on the show!

When she was younger, she made a deal with a demon to kill her abusive father and inherit her fortune. She then became an expert thief and con artist, running into Dean and Sam multiple times as she tried to scam them. She wasn’t necessarily cruel, but she had a conflict of interests that drove her to stand up against the hunters over and over again. However, Bela certainly didn’t deserve her fate: she was killed by a hell hound and her soul was brought to hell to be tortured.

I know this is “Supernatural”, but I mean, that’s just too much. The show kind of forgot about her, but she’s probably one of the most memorable female characters from the entire 15 seasons!

“Reign”'s drastic cancellation probably messed up all the writers’ plans for the series, but Catherine de Medici’s ending was just very… confusing?

We last saw the relentless Queen of France visiting her daughter Margot, who had never been on the show before and whose sudden appearance seemed a bit far-fetched. The finale opened up new plots that were never going to be explored, and we only got to see the real ending of Mary, Queen of Scots. The rest of the characters’ futures were left to our imagination.

While Catherine wasn’t a good person, she was definitely admired for her passion, determination and loyalty towards her kids, so seeing her in the finale for the last time without any type of closure was a little disappointing. As far as I’m concerned, although she wasn’t murdered or anything, she did deserve better!

And last but not least, we have the fearless Morgana!

Her journey for Camelot’s crown made her King Arthur’s nemesis, but it’s important to point out that she wasn’t always a villain. Before her desire for revenge corrupted her, she only wanted the kingdom to be more accepting of magic and to change the way witches and warlocks were viewed.

She encouraged Arthur to defy his father’s cruel rules and to do what he knew was right, but she finally realised that she could do that herself if Arthur was taken care of. Morgana and Arthur both died in the same episode later on, leaving fans very shocked and upset, as they were greatly loved in the fandom! To be honest, we’re still grieving her; Morgana lost her way but also everything that she ever cared about, and that’s why she’s our last pick on our list of underrated villains!