5 Reasons You Should Be Watching Comedy Central's "Another Period"! 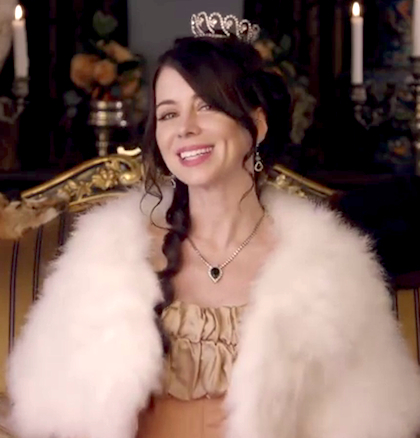 Comedy Central’s “Another Period” is a great and funny show that has smashed its way into Comedy Central’s line-up with plenty of absurd humor. It’s a show that follows the lives of a wealthy, elitist family living in Newport, Rhode Island, known as the Bellacourts. The show specifically follows two sisters named Lillian and Tiffani, played by the show’s creators Natasha Leggero and Riki Lindhome. But similar to “Downton Abby”, the show switches focus between the lives of the Bellacourts themselves and to the servants that the Bellacourts literally walk over at times. Not selling you on checking out “Another Period” yet? Perfect! Because I’ve got five reasons in honor of the first episodes for why you should watch!

Among actually historical facts that the show twists around for absurdist inspiration, “Another Period” has clearly drawn influences from many reality shows of today, most notably “Keeping Up with the Kardashians”. Now I know the Bellacourts featured on “Another Period” aren’t real people, and the situations they get into are completely ridiculous, but they definitely share some parallels with the Kardashian sisters. With the Bellacourts needing to attend the most happening parties, appear beautiful, and their neverending search for fame by doing nothing besides being born rich, one could argue that, in a way, ”Another Period” shows how these kinds of people have always been around.

Was there not enough incest on “Arrested Development”? Or maybe there was too much incest on “Game of Thrones”? Either way, if you’re looking to see a warped incest storyline, then you’ve got to tune into this show!

If there is one thing I’ve learned from “Keeping up with the Kardashians”, the stuff Paris Hilton was in, and “Downton Abby”, it’s that we love watching rich white people acting ridiculous, and boy does this show sell that idea. Plenty of the servants on the show are idiots too, but it’s pretty clear by the lazy habits and selfish pursuits of the Bellacourts that these are some dumb white people. They do odd things, like row a boat being pulled by servants on their front lawn, hold beauty pageants for women, babies, and cabbages, and they even celebrate the deaths of their best friends because it will help them climb the social ladder.

Comedy Central really rolled out the carpet for this show. On top of Leggero and Lindhome, amongst the cast are Pagent Brewster (“Criminal Minds”, “Community”), Christina Hendricks (“Mad Men”), Michael Ian Black (“The State”, Wet Hot American Summer), Dave Koechner (Anchorman), Jason Ritter (“Parenthood”), David Wain (“The State”, Wet Hot American Summer), and UCB performers Brian Huskey, Brett Gelman, and Armen Weitzman. Notable guest stars so far have been Jack Black, Tom Lennon, Chris Parnell, and Moshe Kasher. It’s a lot of people, all of which are mixed around the cast as either being wealthy or dirt-poor servants. But whether you're serving or earning in this show, it looks like you’re winning!

Nuff said. Okay, maybe a little bit more to elaborate. This is in the first episode, and, yes, they make Helen Keller jokes like nobody’s business. Don’t know who Helen Keller is? All the more reason to brush up on your history with “Another Period”.

There’s five reasons for why you should to check out the first five episodes of “Another Period”. I personally am happy this show exists. It’s got the right amount of insanity that I love to see. You know what else I love to see? How about our brand new interview with the show creators Natasha Leggero and Riki Lindhome at Comic-Con?

“Another Period” airs on Tuesdays at 10:30pm. (That’s PM for after bedtime because this ain’t one for the kids!)