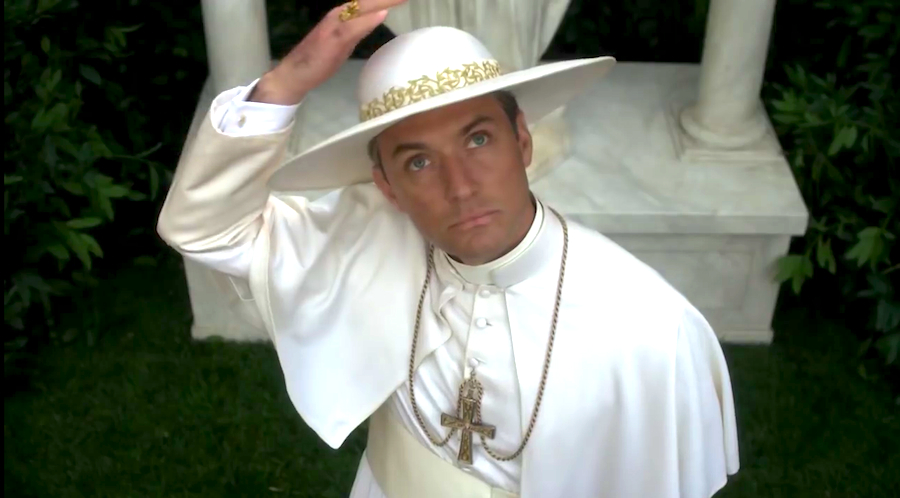 Having already given you the scoop on the music albums that will define this year, now it’s time to talk about the TV shows we’ll all be glued to!

If you can picture “Game of Thrones” meets the Catholic church, you’ve essentially got HBO’s “The Young Pope”. As a Catholic who also enjoys epic television, I am very excited for this limited series about a (fictional) slick young American Archbishop (played by Jude Law) who is unexpectedly chosen to be the head of the Catholic Church.

This show has so much star power that I can’t even. I am unable to even. Reese Witherspoon, Nicole Kidman, Laura Dern, Shailene Woodley, and my best friend’s celebrity crush Alexander Skarsgard -- You can’t watch the show without being blinded by the sheer wattage of the stars. “Big Little Lies” is a soapy miniseries set in sunny California where socialites battle it out (classily of course) to determine who’s the first in the pecking order, but then a murder of one of their own rocks their lives. It reminds me of the 2011 series “Revenge” and I can’t wait to see these A-listers’ characters in the upper echelons of societal homicide!

I had given this show top priority in my list of cable TV shows I will be DVRing every week, and my excitement for it has not dimmed in the new year. The new anthology series focuses on legendary real-life rivalries, with Season 1 devoted to movie icons Bette Davis and Joan Crawford. With Ryan Murphy at the wheel and Susan Sarandon and Jessica Lange starring, there’s no way this show isn’t going to be amazing.

Woohoo! More superheroes! In all seriousness, I’m excited to see the next of the Marvel heroes descend on Netflix to stir things up. This series is the final piece of the Marvel puzzle on the streaming service which also boasts such great shows as “Daredevil”, “Jessica Jones”, and “Luke Cage”. Now that the last underrated hero will finally have his debut series, we can anxiously wait for Netflix’s crossover series featuring all four of them. Iron Fist himself has been compared to Batman, since he’s wealthy and punches people in the face. Based on those qualities alone, count me all the way in for this one.

I have already written numerous pieces on the Girlboss movement, and now it’s almost time for the show about it to finally premiere. “Girlboss” centers on Sophia Amoruso, a rebel with no money and no intention of growing up, who discovers her passion of selling vintage clothes online and faces the risks and rewards of being her own boss as she expands her retail business. The show is sure to be another great cornerstone of the #GirlbossMovement, and a guilty pleasure that I can’t wait to take part in. Bonus points for casting Britt Robertson as the lead!