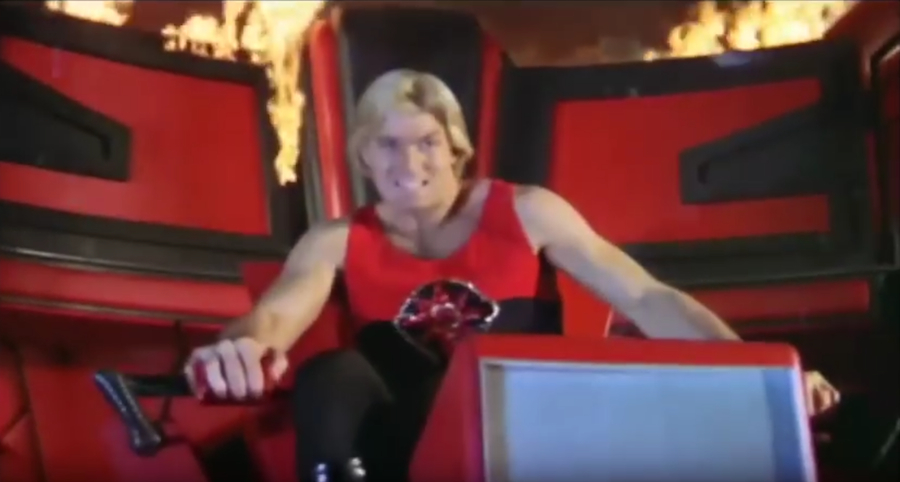 It seems like a lot of movies are being remade or rebooted these days, and at times it seems like a lot of it is unnecessary, chiefly because the originals were just fine (and, in some cases, nearly perfect) as is. So it naturally begs the question: Why aren't remaking the BAD movies? Or the movies that had potential but fell just short for whatever reason? If you're gonna do a movie do-over, there are plenty out there that we think deserve an honest second chance.

Hollywood has allegedly already taken some of this advice in the form a notoriously (and endearingly) cheesy '80s movie starring Patrick Swayze called Road House. The plot in itself is admittedly kind of goofy but totally entertaining, as Swayze plays a traveling, professional bar bouncer who handles establishments with less-than-savory reputations. The plot takes a twist, as the whole town needs to be put in check, or “cooled”, as the movie calls it. Road House is every as bit watchable and fun as it is goofy, so, naturally, rumors have been circulating for a while now that UFC fighter Rhonda Rousey will be starring in the remake in place of Swayze. The only problem is that it was last reported filming was pushed back until at least May, so developments are still to be seen.

Ever see MacGruber? Below is a NSFW taste of one of the most famously insane moments from Road House:

Now let’s take a look at some other possibilities that Hollywood could/should look into (note: the list could go on all day, here are just a few):

Originally, “Flash Gordon” was a serial that influenced great works like Star Wars. In the '80s, Hollywood thought it would be a great idea to reboot and franchise the series as a feature length experience; the only problem was... everything with their final product. Now forever immortalized on screen in Ted and Ted 2 as a so-bad-it’s-good-to-watch movie, Flash Gordon could be more popular than ever. If you’re not in the know, the plot revolves around a New York Jets quarterback named Flash Gordon who accidentally gets sent into space where he has to help a dystopian society defeat their overlords and unite all the beleaguered citizens, including flying birdmen. The movie is full of cheesy lines, terrible football puns, overt and not clever sexual innuendos, and a soundtrack by the rock band Queen (one of these things is not like the others). Although they would be in direct competition with Star Wars and Star Trek, if handled correctly, a whole new sci-fi franchise is waiting to be unleashed!

Pitched in the late-'80s (noticing a trend yet?) as a female version of Teen Wolf, Teen Witch was one-part comedy, one-part cringe-worthy musical, and all parts a complete, beautiful mess. Popular retrospective movie podcast How Did This Get Made? has even stated that they had to pick their guest at random out of hat to discuss the movie, since all of their friends wanted to come on to bash this film. The story follows an attractive but nerdy (and clearly not 15-year-old) girl played by Robyn Lively (best known for her real-life role as Blake Lively’s sister), who is told by a strange woman she will become a full-fledged witch next week on her 16th birthday. Blake Lively’s sister then navigates high school life with magical powers by exacting revenge on a mean teacher, exacting more revenge on an evil group of cheerleaders, stomping over everybody she can to become the most popular girl in school, and winning the heart of the BMOC played by Dan Gauthier (best known for his one-off role in “Friends” as Chip Matthews). Will Blake Lively’s sister and Chip from “Friends” live happily ever after? Only one way for you to find out! So Hollywood, the challenge is on: TOP THAT!

Based on the story “A Connecticut Yankee in King Arthur’s Court” by Mark Twain (yeah, that dude with the moustache who Albert Einstein jacked his look from), A Kid in King Arthur’s Court is somewhat of a Disney classic, but could definitely use an upgrade. The basic premise is that of a young baseball player named Calvin (haha nerd!) who gets caught in an earthquake and is sent back to Medieval England (despite not being anywhere in England during the earthquake, but, hey, time travel) and is lauded by King Arthur as the warrior Merlin told Arthur would protect his crown. Calvin (dweeb) then goes into knight training and wows everyone with his "magic" (aka: modern technology like a CD player… smartphones might make heads explode). Clearly, this could easily be updated, remade, and possibly even franchised for today’s youth. There could even be a darker adult story here instead. Really, the options are unlimited. Until Hollywood wakes up, however, I won’t spoil anything else from the original for you, but I will say that Daniel Craig and Kate Winslet are in this in main supporting roles, and yes, they have an intimate scene together:

In 1996, Shaquille O’Neal, the most dominate NBA player at the time, decided he was going to get into acting, so, of course, his first choice of a non-basketball-related project was a kid’s movie where he plays a gigantic, 5,000-year-old rapping genie who appears out of a magical boom box. I mean, wouldn’t you? If you said, “No” and made a smug look at your screen, then you, Internet reader, are completely correct. This movie is considered to be so bad that director Paul Michael Glaser (best known for his role of Detective David Starsky from TV’s “Starsky and Hutch”) has not directed a movie since. The basic plot revolves around Kazaam, the rapping genie, granting a sad kid with daddy issues wishes of anything he wants, in hopes to become free from his indentured wish-granting servitude. Mix in some hipster/millennial angst of today, and you’ve got a pretty perfect film for right now, Hollywood:

The League of Extraordinary Gentlemen (2003)

Like Road House, there is talk that this is being remade or rebooted (what’s the difference anymore?), but until something is on the big screen, there are no guarantees it will ever make it there. Before this was originally made in 2003, legendary actor Sean Connery was offered the role of Gandalf in the then-upcoming Lord of the Rings film series. Sounded like a good deal, but the only problem was that Connery couldn’t make heads or tails of the script, as well as what in Numenor his role was exactly. Connery hard-passed on LotR and apparently regretted it hard when he saw how much money it made and knew roughly what he could’ve made on the back end. Then, when a script for a franchise called The League of Extraordinary Gentlemen came to his desk, Connery had déjà vu but figured since he didn’t understand this script either, it must be spectacular! The only thing spectacular about it, though, was how it hard it flopped at the box office. The movie did make its money back and then some, but this was a time when the people behind moviemaking still cared about the product. Seeing that it missed the mark critically, the producers and Fox decided not to take a chance and make another one.

With that as backstory, I will tell you that The League of Extraordinary Gentlemen was inspired by a limited DC comic book series of the same name and co-created by legendary comic book writer Alan Moore. The league saw the likes of classic literary characters like Captain Nemo, Dr. Jekyll/Mr. Hyde, and the Invisible Man, among others, team up to go on crazy adventures after all being assembled by British Intelligence to help maintain the Empire from major threats. There were plenty of stories to go off of, and it could’ve spanned many films, but unfortunately the developers behind the film in 2003 seemed to understand the series as much as Connery did about LotR. With today’s comic book fan craze and screenwriter understanding of the genres/history, however, the only question is why not give it another go, Hollywood? At the least, this could be an awesome TV series on the CW: