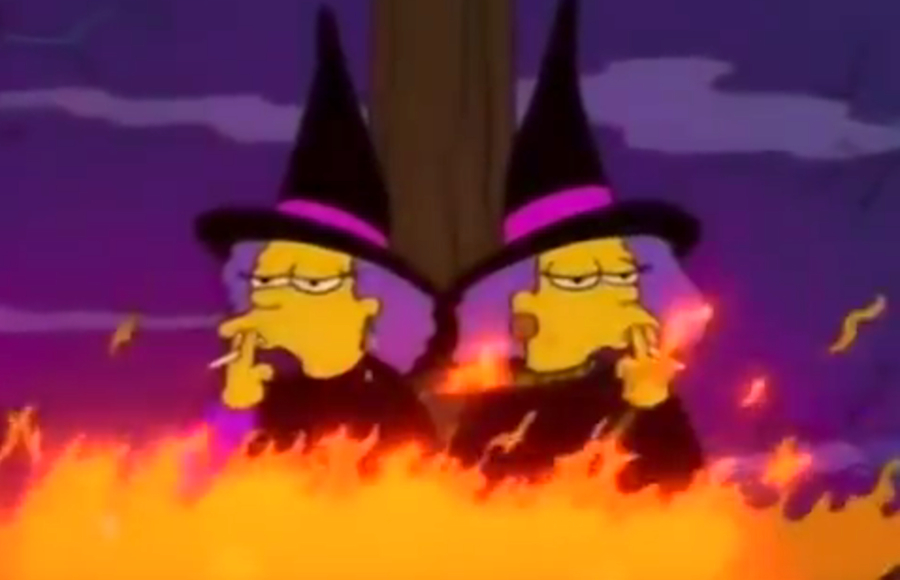 Tired of people trotting out the same old horror flicks or Disney movies starring Bette Midler and Sarah Jessica Parker to watch this Halloween season? Then no more tricks from me as I’m about to give you a treat. Here are 5 Halloween specials from some of my favorite TV shows to check out as you prep your costume for this year’s monster mashes!

“Community” during its run was always known for mixing the mundane yet strange world of community college with absolute unfiltered pop culture chaos. The second season also marked what it is quite possibly its best and strangest season, so it’s only fitting that that season's Halloween special is a full-on zombie attack episode at a school Halloween mixer. On top of some classic zombie action in the vein of older classics like the original Dawn of the Dead, rather than the decade-old remake with fast-moving corpses, "Epidemiology" hits all the marks for a zombie special, as well as fun character stories within the show. It’s hard to say what a perfect episode of a sitcom is, but this gets pretty darn close.

2. “Buffy the Vampire Slayer": Fear, Itself

“Buffy” is easily one of my top five favorite shows of all time. I was never a teenage girl, but considering one basically raised me, it’s safe to say when I was growing up “Buffy” was always on, and not to the point to make me cringe when it played. The best part about the show was how, each week, it switched between a serious dramatic episode, a straight-up horror episode, and a comedic episode. The Season 4 Halloween episode "Fear, Itself" blends all three genres quite well. The set-up involved college freshman Buffy Summers and her friends attending a Halloween frat party, but the twist is, the place is taken over by a fear-mongering demon… who saw that coming?! Things in the house come to life and attack the partygoers, but the root of it all is the fears everyone have, so we center more on four characters – Buffy, Willow, Xander, and Oz. Each one has a specific fear to deal with while being trapped in this house and hammers in Buffy’s fear that being a slayer means she must be alone. It sets up nicely how Buffy will deal with this for pretty much the rest of the series. I don’t want to give anymore away, but on top of it being scary and dramatic, it’s also pretty hilarious. The house it takes place in has also appeared in another series on this list...

While Season 1 has a pretty great two-part Halloween special, “Hotel” takes the cake in my mind. First off, like many episodes of “AHS”, "Devil’s Night" is trippy in a very unsettling way. You don’t really know what’s going to happen, and while this episode is crazy action-packed, it’s more bonkers than the Devil himself. The main fixture of the episode is all about sitting at a dinner full of famous and deceased serial killers. In the “AHS” mythology, Halloween is the night all the spirits stop resting and can go out into the world. It’s unclear if any of the serial killers that guest star in this episode are haunting another place, but they all show up at the hotel for a small dinner party. In the mix are Aileen Wuornos, John Wayne Gacy, Jeffery Dahmer, Richard Ramirez, and with no lines and his identity completely concealed, The Zodiac Killer (but we all know it’s Ted Cruz under there). The episode is as funny as it is unsettling and completely eerie, thus hitting all the marks of Halloween!

4. “The Simpsons”: Treehouse of Horror V

When it comes to “The Simpsons”, it’s next to impossible to choose a Treehouse of Horror episode that’s the best. While my choice may not be for everyone, I personally think it’s quite great. The first segment parodies one of my favorite horror movies (mainly because it gave me the insane gem of a documentary called Room 237), The Shining directed by Stanley Kubrick, who, when he was alive, professed to be a big fan of the show. While "Treehouse of Horror V" was made in a simpler time before the crazy fandom of the movie was exposed, it’s a straight parody of the movie and does it quite well. Then we get into my favorite segment, involving Homer accidentally discovering time travel. He goes back to prehistoric times and completely messes up everything for the future, over and over again, to the point where there is even a great callback from the Shining parody we just saw. I can’t recall any other "Treehouse of Horror" where the segments began to collapse into the others. Finally, we enter what is quite actually a disturbing of a story. After the school budget has reduced the cafeteria to serving grade F meat, Principal Skinner comes up with the most logical solution -- eat misbehaving children. After the first bad kid they eat, though, it just becomes a hunt for any child really. I won’t spoil anything else for you from here, but I will tell you that, if you look in the credits, you will see “The Office” developer and “Parks and Rec” co-creator Greg Daniels, which brings me too……

Sorry, guys, but I had to double down on these two, and oddly enough they’re both in Season 2 of each show. In the case of “The Office”, we get our first glance at what Halloween costumes each character wears and how they reflect their personalities -- Dwight puts in too much effort and nobody understand his, while Jim’s has no effort and gets a good amount of laughs. It’s also great because, at the end of the day, Michael Scott has to be a boss and fire somebody. We see his attempts at firing people, and when they say, “No”, it just reflects how little respect he actually gets as a manager.

Next is a similar story in “Parks and Rec”, with Leslie Knope prepping for her annual feud with local troublemaker, teenager Greg Pikitis. We see Leslie’s attempts around town as she tries to crack down on this kid and get him before he TPs the statue of Mayor Percy like he does every year. Once Leslie grabs Pikitis away from a group of friends, the comedy doesn’t stop there as she and Andy interrogate the child, causing Andy to birth his alter ego, FBI Agent Burt Macklin.

An absolute classic right here. Just pure innocent fun that plays on ABC every year for kids and adults enjoy. Sure there’s nothing scary here -- unless you have a heart and see the abuse Charlie Brown suffers at the hands of every other kid around town. Even his friend Linus, who is so riddled with mental problems that he has to carry a blanket around everywhere for security, dances circles around Charlie intellectually. All the sadness hanging over Charlie’s head throughout this episode is actually more about Linus than Charlie. As he says he does every year, Linus waits in a pumpkin patch for the Great Pumpkin to come and bring Halloween cheer rather than fear. In the episode's most disturbing scene, Linus is writing a letter to the Great Pumpkin and his older sister Lucy makes a violent threat at him. Charlie’s younger sister, Sally, who has the hots for Linus, joins Linus in his wait for the Great Pumpkin, even though it means no trick-or-treating. As they wait, a group of trick-or-treaters come by and make fun of them. If you were Sally, would you be happy? Check out the link below to find out!

What TV show's Halloween special is YOUR fave?