5 Films & TV Shows To Watch If You Miss Traveling! 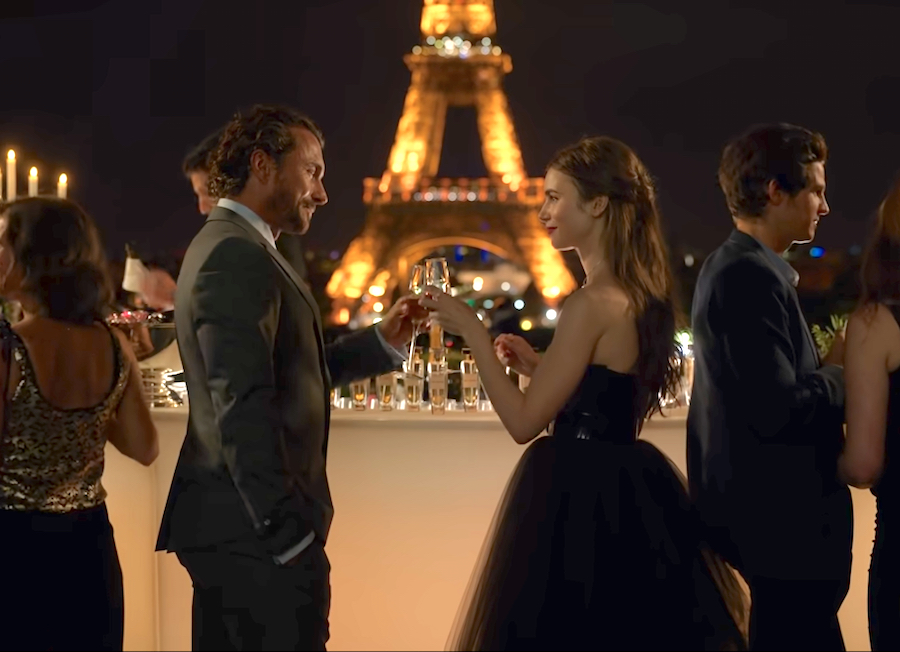 2020 has not been the ideal year to travel. With many vacation plans being cancelled or postponed, many of us have been trapped indoors while yearning for an outdoor escape. However, what better way to embrace your wanderlust than traveling through your TV screen? These 5 movies and TV series will take you to every corner of the world and leave you with countless ideas for your next trip!

There is no doubt that Lily Collins’s new Netflix series has taken 2020 by storm. "Emily in Paris" follows the protagonist, Emily Cooper, who moves to Paris from her hometown of Chicago to provide an American perspective to a French marketing agency. Throughout the 10 episodes, we navigate the Parisian lifestyle along with Emily as she juggles between a tough work environment, French norms and customs, and many potential love interests. For those craving a stroll through the City of Love, "Emily in Paris" allows viewers to experience first-hand its romantic aura and practically taste the pain au chocolat from the other side of the screen.

2. Holiday in the Wild

For lovers of animals and the wilderness, Netflix’s Holiday in the Wild provides a glimpse into life at a wildlife sanctuary in Africa. Starring Rob Lowe and "Sex and the City"’sKristin Davis, the plot follows Kate as she ventures solo on a second honeymoon to Africa after being dumped by her husband. As a retired veterinarian, Kate rediscovers her love for animals and finds purpose in an uncharted environment. Scenes with elephants were shot on-location at a wildlife refuge near Kruger National Park in South Africa.

A live-action remake of the Disney classic, Mulan gives the audience an action-packed plot with a hint of childhood nostalgia. Similar to the 1998 animated original, the film is set in Imperial China and tells the story of a young woman who disguises herself as a male in order to serve in the Imperial Army in place of her elderly father. Viewers will explore the Celestial Empire alongside Mulan as she travels through real-life locations around the country. Scenes of the Imperial City were filmed in Xiangyang and landscape shots were shot throughout China and in New Zealand.

During the peak of quarantine, Netflix brought us "Outer Banks", a TV series following a teenager and his friends on a treasure hunt to find his missing father. Its shimmering beaches, wooded forests, and lavish lifestyles gave us a taste of coastal life mixed with drama and mystery. These lines of islands just off the coast of North Carolina made all viewers want to book a vacation home and relax on a yacht in the Atlantic. If you itch to unwind on a sandy beach under the sun, grab a piña colada and head to the Outer Banks right from your couch.

For fans of adventure and sports, Academy Award-winning Free Solotells the story of Alex Honnold, a professional rock climber, as he aims to be the first person to free solo climb the El Capitan rock formation in Yosemite National Park. This documentary-style feature takes its audience on a thrilling journey around the formation and puts viewers right in the middle of the action with its graceful camerawork. If your bucket list includes extreme sports in landmarks around the world, Free Solowill leave you rooting for the protagonist while planning your next endeavor.

Though this year has cancelled many plans, movies and television have kept us more entertained and engrossed than ever before. A virtual trip around the globe is the perfect way to mentally step out of a familiar environment and immerse yourself in new cultures.