5 Film & TV Side Characters We Absolutely Fell In Love With! 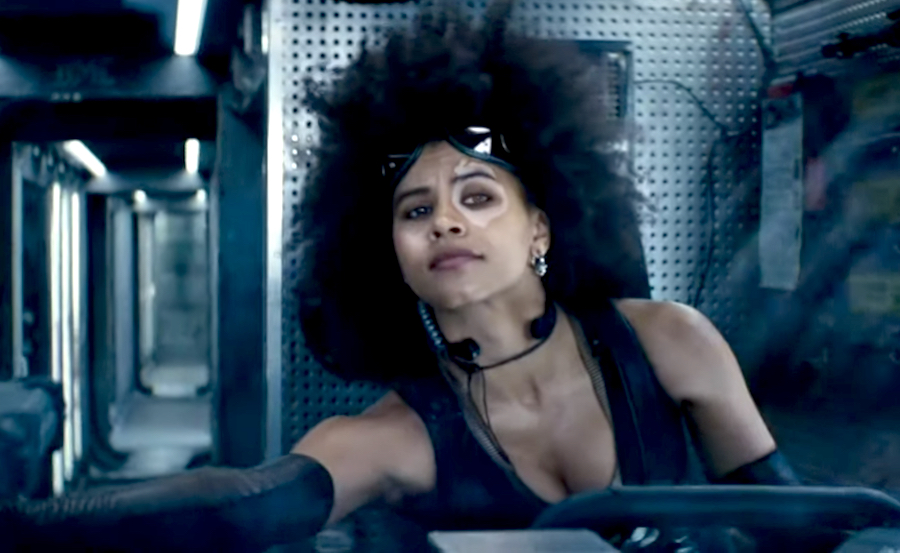 There’s nothing like watching a hero’s journey through a film. Except maybe watching a hero’s friends’ journeys. Because, over the years, we’ve started to get more and more side characters who are just as, if not occasionally MORE, entertaining than our hero.

The most recent case of this comes courtesy of Hulu’s Happiest Season. For as much fun as it was watching Harper and Abby’s journey, fans were equally enamored by the movie’s secondary characters like John and Riley. It’s not just that they were played by beloved actors – though casting Dan Levy and Aubrey Plaza, respectively, was a stroke of genius – it’s that their personalities seemed to jump off the screen.

But again, this isn’t the first time this phenomenon has occurred. Here are a few other characters who have stolen the show across TV and movies!

WhenZazie Beetz showed up as Domino in Deadpool 2, not even she was sure what part she was going to play in the story. But as the movie went on, it quickly became clear that she was an essential part of the team. With every bit of luck she had, and every snappy quip that came with it, fans became a little more obsessed with the character. She was the clear standout of the film and will hopefully pop up again in the future.

Four years ago, in the Season 2 premiere of The CW’s "Supergirl", we were introduced to Lena Luthor. As the younger sister of one of the DC Universe’s most iconic villains, she’s a character that wasn’t too prominent in the comics. But on the show? It’s a much different story. Played by Katie McGrath, Lena Luthor became a fan-favorite character within just a few episodes and has only grown in favor since. We would never argue that she outshines Supergirl – or any of the other women in this superb cast – but Lena Luthor is certainly a character who found unexpected success.

There’s a lot to look forward to when "WandaVision" hits Disney+ next week. But there’s one character that fans are stoked to see again, above all others: Darcy Lewis. Played by Kat Dennings, Darcy was first introduced in Thor as Jane Foster’s sassy assistant. She stole every scene she was in and only continued to do so in Thor: The Dark World. She brings a levity to the universe that is always welcome, essentially representing the average person and how they would react. How exactly she’ll tie in to "WandaVision" is unclear, as both characters are well outside her realm, but it doesn’t even matter. Bring Darcy back as often as possible, please and thanks.

If we’re being honest, just about every droid and creature that pops up in the Star Wars universe becomes an instant classic. We’ve got Grogu (aka Baby Yoda), porgs, and D-0, to name a few, but no one has wiggled his way into Star Warsfans’ hearts faster than Babu Frik. He wasn’t a huge part of The Rise of Skywalker, but he was certainly a memorable part. Babu Frik may not be substantial enough to warrant his own series, or even a repeat appearance in future films or series, but Yoda knows we’ll never forget the name Babu Frik.

Listen, I know it sounds blasphemous to call Topanga anything close to a secondary character, considering her relationship with Cory Matthews was the heart of "Boy Meets World". But originally, that’s exactly what she was. Danielle Fishelwas only brought into the show to be a comic relief as the strange “hippie” girl in Cory’s class. After appearing in 5 episodes in Season 1, ABC realized the glory that was Topanga and promoted her to lead character status, and the rest is TV history.

What are some of YOUR fave side characters??